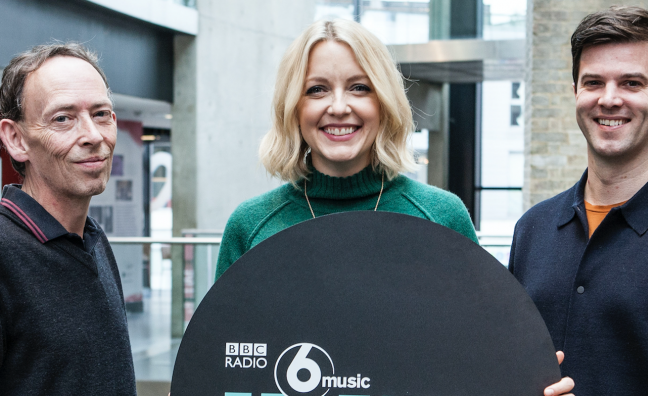 Lauren Laverne and Mary Anne Hobbs have announced the details for this year’s 6 Music Festival set to take place in Camden from March 6 -8.

Across the weekend, Q&A’s and DJ sets will also take place at venues such as the Roundhouse, Dingwalls and the Electric Ballroom, for BBC’s sixth year hosting the festival.

Speaking about the event, Paul Rodgers, head of 6 Music, said: “I’m delighted that the 6 Music Festival will be bringing so many talented artists to Camden, to play in historic venues like the Roundhouse, FEST, Dingwalls and Electric Ballroom. We hope you’ll join us at a gig – or else enjoy a weekend of live music, celebration and fun on BBC 6 Music, BBC Sounds, BBC Four, BBC iPlayer and BBC Red Button.”

Lauren Laverne, said: "It’s a fantastic line-up in a brilliant location. I can’t wait to see the artists behind some of my favourite records of the past year - Brittany Howard, Michael Kiwanuka and Kate Tempest - as well as some of the brightest hopes for 2020 like Squid and The Orielles."

Mary Anne Hobbs added: “Super-hot line-up in 2020, personally I’m excited to be DJing before Mike Skinner at Dingwalls. I'd always love to read the graffiti on the walls of the ladies loos, back in the 80s, it was just as pointed as the NME.”

International Women’s Day will also be celebrated on the Sunday, as 6 Music Festival By Night will host an all-female show with live performances from Kate Tempest, Kim Gordon, Anna Meredith, Jehnny Beth and Nadine Shah.

To find out more about the event and to purchase tickets, head over to bbc.co.uk/6musicfestival (tickets will be on sale Tuesday January 21).