MOBO Awards 2021: Kanya King on the return of the ceremony and new partnerships 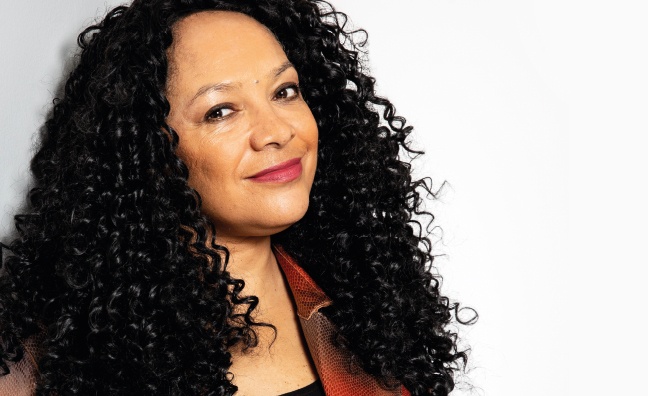 The MOBO Awards is back this weekend. The ceremony returns for its first full event since 2017.

The MOBOs hosted a livestream last year as Covid prevented a live event, but it had been on a hiatus in the two prior years.

The celebration of Black music, encompassing everything from Hip Hop, Soul, Reggae, R&B, Grime, Afrobeat, Jazz and Gospel, was founded almost 25 years ago by Kanya King CBE, who was honoured with The Strat at the Music Week Awards.

This year’s ceremony on Sunday, December 5 will be livestreamed from Coventry’s Building Society Arena on YouTube, followed by a BBC One behind-the-scenes special with DJ Target on Wednesday, December 8.

The ceremony will feature performances from Ghetts, Tems, NSG, Bree Runway and Coventry’s own Pa Salieu. Hosting duties this year will be courtesy of Little Mix star Leigh-Ann Pinnock and comedian Munya Chawawa.

Music Week caught up with the MOBO Organisation CEO Kanya King on the eve of the show to discuss how it feels to finally be live again, adding new categories to the awards, howBlack music has evolved over the years, and MOBO’s pivotal role in championing music and culture...

It's the first in-person event since 2017 – what have the challenges been?

“Yeah, I guess the challenges include keeping on top of everything from a health point of view in trying to bring everyone together, with the obvious changing guidelines. Then also working within the resources we have. We have a small team that punches above its weight, but we have a phenomenal team of warriors that comes together, and everybody is just so passionate about showing the breadth of black music and culture. Other challenges are managing a lot of stakeholders, dealing with everything from managers, agents, PRs, charities, suppliers, broadcasters, I mean, the list is endless. Lawyers, the list goes on and on.”

What's changed in the industry – specifically for UK rap and other Black music – since the last event?

“There are more Black executives, we're also seeing more video directors, photographers, you know, that's the kind of significant change in terms of what we've seen over the last couple of years. You also have departments that specialise in black music, so there have been many changes.”

How are the livestream and broadcast partnerships with YouTube and the BBC, respectively, taking the event forward?

“I mean, the partnership with YouTube is bringing the show to a wider audience. We know young people go online for their music and we need to bring the show to them. And the BBC really gets behind us. We've got extra exclusive content that's going to be shown on the BBC, and that’s on a whole new show which is Access All Areas at the MOBO Awards, and will be presented by DJ Target. This kind of thing has never happened before in the history of the MOBO awards and will feature elements like a never-before-seen performance and interviews from the award ceremony.”

MOBO has become a cultural institution

How supportive has the industry been for the return of the MOBOs?

“I think that people welcome it, you know. I think there are individuals who are wanting to champion us, which is kind of really encouraging to see. MOBO has become a sort of cultural institution and it's good to see that kind of steady change that is making all the difference.”

In terms of the presenting and performer line-up, what are you most looking forward to on the night?

“When we announced this year’s hosts Leigh-Ann Pinnock and Munya Chawawa, what's been amazing is to see the response, not just via social media but from the public, and from lots of influencers in music and beyond. They have all been saying it's incredible to have them both and people are very excited by them. When we interviewed Leigh-Ann, she was looking forward to being back on stage interacting with the live audience, and she mentioned how honoured she was to receive the opportunity. Both Leigh-Ann and Munya have talked about watching the MOBO Awards growing up and being inspired by some of the artists who have graced the stage.

“In addition, we've obviously got a lot of different performers. I'm just loving the fact that they want to make it a huge cultural moment. So, whether that's Ghetts, Coventry’s Pa Salieu, Tems, NSG or Bree Runway – all of them have pulled out all the stops to make it a huge moment, so we're looking forward to a show that people remember for years to come.”

Dave is one of the most nominated artists this year. What is your take on his impact?

“He won our Best Newcomer award in 2017, so we feel very proud of his progression and his achievements in music since then. The success of his latest album is also testament to that. He’s looked at as a great role model for a lot of emerging artists. It is amazing when we see a lot of newcomers over the years and what they have gone on to achieve. For a lot of artists, the MOBOs was their first big mainstream platform and they often talk about the impact it has had on their career.”

Afrobeats is massive right now, how excited are you to have Wizkid, Tems, and Burna Boy nominated?

“African acts have been performing on the mobile stage from the beginning, from Ladysmith Black Mambazo performing with Des’ree to Youssou N'Dour, who was probably the inaugural winner of the African Artist award. So, we've been championing African music and culture, and have witnessed artists such as Wizkid, Davido, D’Banj, Tiwa Savage and so many more experience phenomenal success. It’s rewarding to be able to see the huge success that they have had, and whether it's winning a MOBO award, performing on the stage, or getting MOBO Award nominations, we want to continue to recognise the phenomenal impact the continent continues to make, not just in music, but in wider society.”

There's also a new award for the Best Drill Act. What was the decision to bring that in?

“We want to reflect the culture of young people in society, you know, it's a thriving music genre. And we also want artists to use our platform to utilise their creativity. You know, for us, it's about how we can showcase moments of excellence, however we can do it, and use the platform to inspire future generations, and to celebrate and recognise the culture, and enforce what these genres have become over the last few years.”

Where do you think the genre is now, post Tion Wayne and Russ Millions’ Body, which this year became the first drill song to go to No.1?

“The cultural impact is huge. We've seen the progress and been able to acknowledge that artistic excellence and celebrate the achievements of the talent. We believe that music and the arts can be a platform for a better life. We’ve seen over the years lots of artists talking about seeing other artists nominated, winning awards or performing, and they too believed that they could be the star of their own journey. We want to use our platform to build inspiration, encourage, celebrate, reward and showcase all the variety and diverse genres, especially ones that have been underrepresented.”

Little Simz has had her best ever year, how important is it that MOBO supports her?

“Yeah, it's great to see how well she's done in the nominations. MOBO have been early supporters and she performed at our show very early on with Candi Staton. Now she's at the forefront of the British hip-hop scene and flying the flag overseas. It's great to see all the success that she's having now.”

Is there scope for more categories to be added in the future?

“Yes, we've been having many conversations about this. Next year is the 25th anniversary of the MOBO Awards, so we've got a number of activities that we are going to start showcasing and announce. So, watch this space.”

Subscribers can click here for our Strat Award interview with Kanya King.