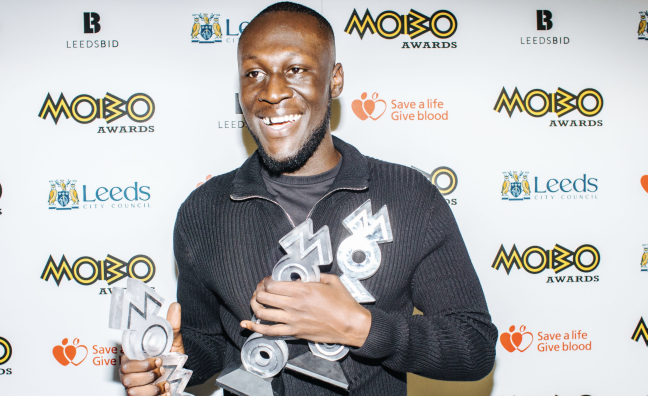 The MOBO Awards are back after a three-year hiatus.

The UK’s biggest celebration of Black music and culture will take place on December 9, livestreamed for the first time on YouTube at 7pm and broadcast on BBC One at 10.45pm.

Highlights will be available on BBC iPlayer the same night, with supporting content on BBC Sounds.

BBC Radio 1Xtra will also be covering the awards starting on Sunday, December 6 (9-10pm) with a special 1Xtra Talks show hosted by Richie Brave, which will look back at the last 24 years of MOBO history and how music has changed and evolved over the last two decades. For the awards, DJ Target will dedicate his 7-9pm 1Xtra show to the ceremony, including special performances and interviews.

Nines leads the MOBO nominations with five, while there are three nominations each for Lianne La Havas, Mahalia and Tiana Major9. Organisers have also come up with an album category for the years in which the ceremony was absent, including Dave, Kano, Ella Mai, Skepta, Nines and Little Simz. New categories this year include Best Music Producer. The full list of nominees is below.

In a statement, MOBO organisers said: “As always, the awards will be a fun and dynamic event full of special surprises. However, this year, a strong vein of cultural purpose and social commentary will weave through the ceremony as we articulate a vision of the world as it is, but also as we want it to be.

“This is a year in which so many voices have been raised higher than ever – in protest, in mourning, but also in celebration of the incredible contributions that black culture has made all around the world. MOBO continues to believe in the power of the culture to bring people together.”

This year’s ceremony will be hosted by broadcaster Maya Jama and YouTube creator, music artist and comedian Chunkz.

MOBO founder Kanya King said: “Recognising the unique role the MOBO Awards plays for so many, and the challenging year we find ourselves in, it is now more important than ever to be there and to continue the rich history of showcasing the very best of Black music and culture. We are proud to partner with the YouTube and the BBC to bring this year’s celebration to millions of music fans, and continue to uplift creative voices here in the UK and around the world. A special thanks to Arts council England, ISAW IT First and Accenture for supporting us on this journey - we see you!”

YouTube Music’s Director of EMEA, Dan Chalmers, said: “It’s a real privilege to be partnering with The MOBO Awards to bring a global audience to such an important British music event. It’s vital that artists and creators from across all backgrounds, genres and sounds are given a platform to build an audience and fanbase. I’m honoured to continue to lift up and support the Black British music community, which continues to be at the heart of the music experience in the UK. I look forward to watching the nominees and winners on this special night and supporting them on their journey forwards."

Kate Phillips, acting controller, BBC One, said: “It’s fantastic to be partnering with the MOBO Awards this year and showcasing the UK’s biggest celebration of Black music and culture on BBC One and iPlayer.”

ALBUM OF THE YEAR

STORMZY – HEAVY IS THE HEAD

NINES – CRABS IN A BUCKET

SONG OF THE YEAR [PUBLIC VOTED]

VIDEO OF THE YEAR

JORJA SMITH – BY ANY MEANS (DIRECTED BY OTIS DOMINIQUE)

MICHAELA COEL AS ARABELLA – I MAY DESTROY YOU