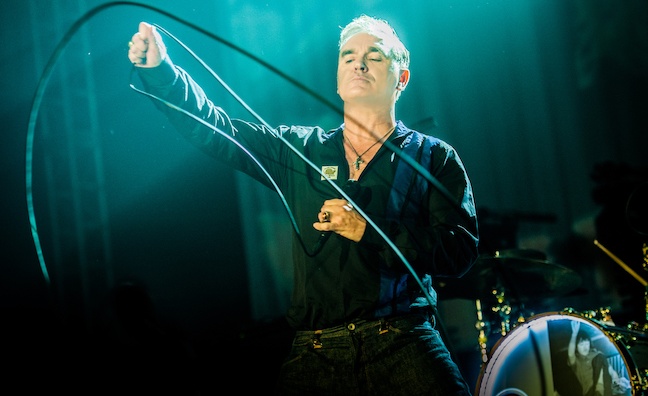 Set to take place from Monday-Friday over the week commencing October 2, the five artists will perform at the iconic West London studio during Lauren Laverne’s 6 Music show.

The presenter announced the line-up on air this morning (September 4) and said: “This year’s line-up is eclectic as ever, including two Mercury Prize 2017 nominees, bringing together a rich mix of artists to represent the exciting range of music found on 6 Music.”

The five acts follow in the footsteps of a group of artists including Sir Paul McCartney, The Pretenders and New Order. Commenting on the news, Mogwai said: "The Maida Vale studios, and especially recording the sessions for John Peel, have left us with many happy memories. We are looking forward to coming back to the studio to play our new songs for BBC 6 Music."

Alt J added: "We are honoured to be part of this incredible series of performances. 6 Music has always been our spiritual home, and getting to spend a day at Maida Vale is something we would never turn down."

Paul Rodgers, head of 6 Music said: “6 Music celebrates and champions the alternative spirit of music and culture, uniting cutting-edge music of today and the iconic and ground-breaking sounds of the past 50 years.  The Station brings a great range of live musical performances to our audience and the quality of this year’s Live at Maida Vale line up speaks for itself.”

Jeff Smith, head of music, 6 Music commented: “Live music is at the heart of what we do at 6 Music, with over 300 live music sessions a year, and once again we’re bringing together emerging artists alongside musical legends from the alternative music scene, for music fans to watch and listen to.”

There are a limited number of tickets available for listeners to attend the performances.  Registration is now open via bbc.co.uk/6music and closes at 8pm on Friday September 8.

The performances will be broadcast live on BBC 6 Music and via the BBC 6 Music website and BBC Red Button.

Morrissey recently announced the release of a new album via Etienne/BMG, click here to read an interview about the signing with BMG’s Korda Marshall. The singer’s last BBC Session was in 2011.