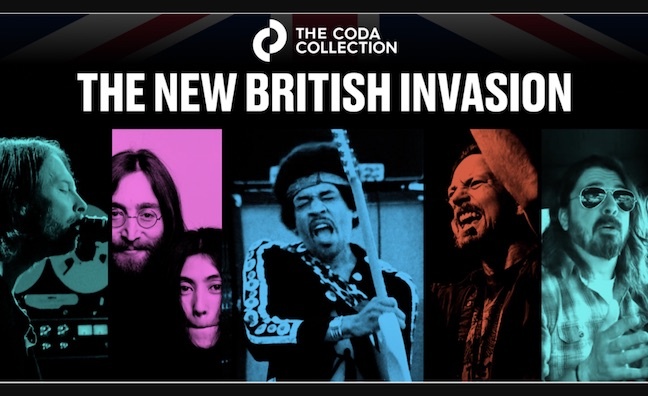 The Coda Collection, a streaming video channel dedicated to music programming, has announced its UK launch.

Amazon Prime members in the UK will now be able to access over 175 titles streamed exclusively on The Coda Collection and accessible via Prime Video channels. New content will be updated regularly.

Since its US launch in February 2021, The Coda Collection has become the home for world premieres of the Grammy-nominated Music, Money, Madness…Jimi Hendrix In Maui, What Drives Us (directed by Dave Grohl), Bob Marley: The Capitol Sessions, Don’t Go Gentle: A Film About Idles, Steve Miller: Breaking Ground and many more. Additionally, the channel hosted rare and unseen video content from archives around the world featuring performances ranging from Coldplay to Pearl Jam.

In the coming months, The Coda Collection will continue to debut world premiere films and feature a curated library of performances and documentaries.

John Lennon and Yoko Ono are represented by films including Imagine, Gimme Some Truth and 24 Hours: The World Of John & Yoko.

Yoko Ono said: “John was always on the cutting edge of music and culture. The Coda Collection will be a new way for fans to connect on a deeper level.”

Janie Hendrix, Jimi Hendrix's sister, said: “The way the world appreciates music is evolving and changing. The Coda Collection is how we grow with that change. It transcends basic music streaming and takes fans on a real journey into the heart of the songs they love and the artists, like Jimi Hendrix, who created those songs. There will always be the desire to know more about Jimi, and what drove his creativity. So much went into his concerts and performances. There was background, a backstory, and depth to it all. Coda reveals all the various dimensions, and I am proud to be a part of making it happen.”

The launch is The Coda Collection’s first step in their international expansion and will soon be followed by availability in other markets in Europe and beyond.

Following a free trial, users can subscribe to The Coda Collection for £3.99 per month.