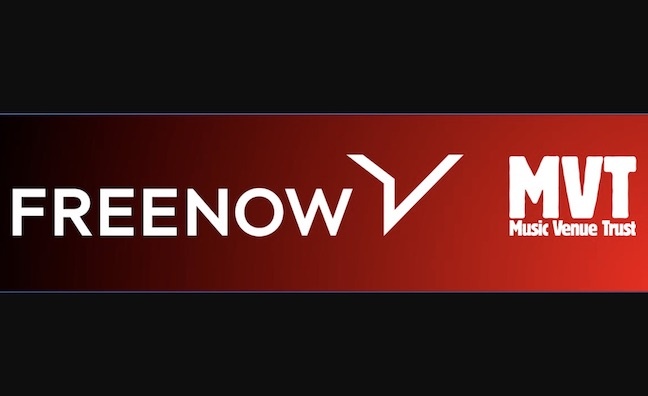 A new survey conducted by mobility super app Free Now has revealed details of the UK’s intimate relationship with music, and drawn the conclusion that it is "the most popular form of entertainment in the country."

In terms of habits, the survey showed the most popular place to listen to recorded music was whilst in transit (68.5%) followed by listening mostly in the kitchen (51.3%). Furthermore, a quarter of those asked said they listen most often in the gym, and just over a fifth said the place they consumed the most music was in the shower.

An additional insight is that 85.7% of those taking part in the survey said music is really important in their life to maintain their mental health day to day. Elsewhere, 39.8% of people in the UK said music played an integral part in their parenting techniques and just under half of all those polled (49.2%)  said it was important they share the same music taste as their partner.

London was voted the city with the best music scene in the UK with Manchester coming in second and Liverpool third closely followed by Birmingham and Glasgow.

The research also showed over two-thirds (69%) of people in the UK think music is a vital part of any travel plan with 63.2% having dedicated road trip playlists at the ready and 39.8% admitting they had rated a taxi driver based on the quality of the songs they played during their journey.

Over two-thirds (66.8%) of those polled said it was vital that independent music venues were supported and maintained in their local town or city. Of those who attended gigs in independent venues at some point, 33.6% said those venues no longer exist.

Free Now has entered into a year-long partnership with Music Venue Trust that will see them support 120 gigs to help protect and support independent music venues around the country.

Speaking about the study Mariusz Zabrocki, general manager of Free Now said, “The importance of music was never in doubt but it’s great to see confirmation of just how vital it is to people’s daily lives and of course, especially interesting to Free Now to see confirmation of what a big part it plays in travel plans. We know more than most that live music has had an incredibly rough few years with the pandemic and incoming cost of living crisis. We are proud to play a part in supporting the music business both via our partnership with the Mercury Prize 2022, celebrating some of the best new music in the UK and helping ensure the long-lasting survival of UK music venues via our year-long commitment to support the Music Venue Trust members. Free Now looks forward to getting people safely to and from these wonderful establishments for many years to come. ”

This survey demonstrates again how important grassroots venues are to people

Mark Davyd, CEO of Music Venue Trust, added: “The results of this survey demonstrate once again how important music is in our communities and to people at a very personal level. Two-thirds of people stated that their local grassroots music venue was vital to their town or city, a view that was echoed in the very practical ways that the music community got behind venues during the pandemic and took direct action to ensure they would not be permanently closed by the Covid crisis. The grassroots music sector is facing incredibly tough times with the energy crisis and the cost of living challenges compounding the impacts of the pandemic. This survey demonstrates again how important these venues are and how much it matters to people, and it's great to see companies like Free Now recognising that value with direct action campaigns bringing more music opportunities to more people."

The survey also gave other insights into people’s developing relationship with music.

Of those polled, 42.3% said they have already told their loved ones what song they want to be played at their funeral, while just under a third (29%) said it would be a happy or uplifting track whilst 13.3% said they want a sad or mournful song as they say goodbye.

Nearly a third (31%) of Brits reported that they had “met the love of their lives” through a musical connection and over half (51.8%) of those polled said their most cherished friendships started because of shared musical tastes or experiences.

Elsewhere, 38.2% of people admitted they had already decided what song was going to be played at their wedding before they had even met their partner.

48.5% revealed they had changed their appearance at some time in their life due to a musical trend at the time while 42.7% of people still listen to music they discovered in their youth and a whopping 80.2% of people said they could recite, word for word, in its entirety, a song from their childhood without even hearing it.

Free Now is the headline sponsor of the Mercury Prize which is set to take place on September 8.