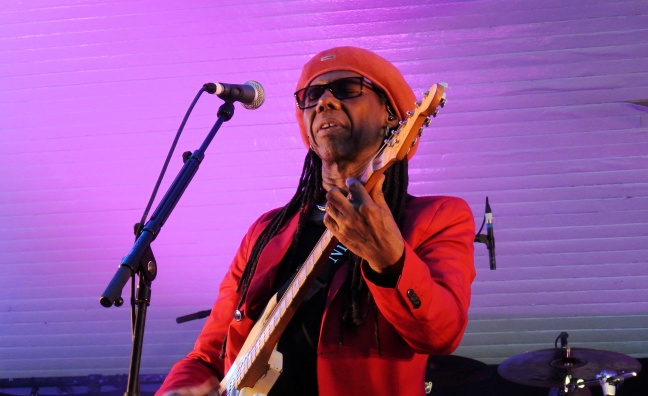 Following in the footsteps of Gary Barlow, Queen + Adam Lambert, Bryan Adams and Robbie Williams, BBC One will broadcast a special live music concert before and after the fireworks display on the River Thames, produced by BBC Studios.

Rodgers, who was inducted into the Rock and Roll Hall Of Fame this year, said: “This is a great way to end our 40th year in a spectacular fashion and kick off a new year that will start with the release of the first new Chic music in years and the new album. Good Times are coming in 2018!”

Guy Freeman, editor special events, BBC Studios, said: “I am over the moon that Nile and Chic will be heading up our New Year’s Eve celebrations. With a host of timeless disco party classics on their setlist, I am sure that living rooms up and down the land will be boogieing along until the wee small hours!”

London’s famous firework display will be choreographed to fit a specially edited medley of music. The celebrations along the Thames will end with a traditional rendition of Auld Lang Syne, before the action switches back inside to Nile and Chic.

A limited number of tickets for the event will go on sale soon.