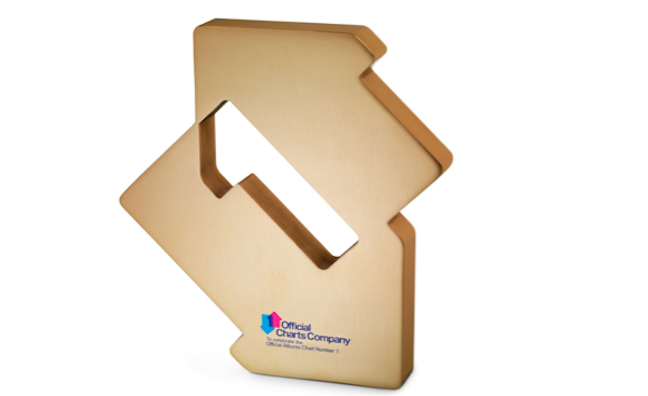 In collaboration with The Wanted, this new fan-focused launch represents the Official Charts’ first foray into e-commerce. The fan awards will centre around two editions celebrating The Wanted’s two No.1 singles: the band’s debut single All Time Low released 2010, and Glad You Came released 2011 which has one million chart sales. Both singles feature on the band’s forthcoming album Most Wanted – The Greatest Hits, which will be released November 12.

Launched in 2011, the Official Number 1 Awards has seen artists including Dua Lipa, Dave, Ed Sheeran, Elton John, Little Mix, and Lewis Capaldi among others receive awards to celebrate their chart-topping successes. Fans will now be able to share in this with their own personalised awards.

"We were over the moon to receive our Number 1 awards for Glad You Came and All Time Low, they were massive moments in our careers and the songs were successful all over the word,” The Wanted commented. “It’s great that the fans have the opportunity to buy a piece of history and celebrate our success with us."

Official Charts’ chief executive Martin Talbot said: “We are extremely excited to be teaming up with The Wanted to be launching this exclusive new collectible, which we hope will be a must have for the biggest Wanted fans on the planet leading up to this Christmas. The Official Number 1 Awards have become must have trophies for the biggest stars on the planet over the past decade, from Ed Sheeran and Taylor Swift, to Elton John and the Foo Fighters – we are delighted to be giving music fans the opportunity to own their own slice of pop history.”