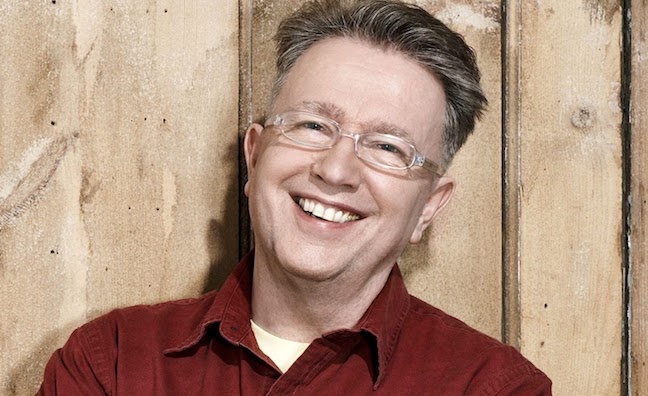 The three-day event (October 31 to November 2) continues today with speakers including Dirty Hit label boss and The 1975 manager Jamie Oborne.

BBC Radio 6 Music presenter Tom Robinson is also getting involved on Saturday (November 2) with a show from the event airing on the station at 9pm. Robinson’s Sleaford Mods interview takes place at 2pm in the Discovery Theatre.

Here, the songwriter and 6 Music mainstay explains why BBC Music Introducing has been a key factor in helping grassroots talent in the last decade…

I've been presenting BBC Music Introducing shows continuously on 6 Music since 2007. Over that time I think we probably gave the likes of Ben Howard, Ellie Goulding, Sleaford Mods, Public Service Broadcasting and Idles their first national radio airplay. But for me the job of BBC Introducing isn't to spot the stars of tomorrow.

Of course, it's always nice when artists we like go on to achieve wider recognition, but in all honesty most of the artists who famously had early support from BBC Introducing (Jake Bugg, Florence, Sam Fender, Slaves et al) would have become successful anyway, regardless of who happened to give them their first radio exposure.

It's not about commerce, but about quality

The point of BBC Introducing is that we have an open door for thousands of grassroots artists every month who the commercial music industry aren’t interested in yet. I listen to literally 200 tunes a week, and even though I can only fit 17 or 18 into each BBC Music Introducing Mixtape, that still means we've supported over 10,000 independent bands and artists over the last 12 years.

We're not there to supply free A&R services to the music industry by spotting the stars of tomorrow. Our job is to support genuine, gobsmacking new talent for its own sake, regardless of any commercial potential. The open door offered by BBC Music Introducing means songwriters can connect directly with a national audience without needing cash to pay pluggers, or insider contacts to reach the right ears – all they need to be is good. It's not about commerce, but about quality. If we like what we hear we play it - it's as simple as that.

BBC Music Introducing – combined with the rise of platforms like Bandcamp, Soundcloud and YouTube – has helped many thousands of grassroots artists find audiences for their music. Over the years we've been supporting that community with seminars, panels, workshops and advice sessions both online and at special sponsored events.

Last year BBC Introducing Live took that support up to an entirely new level, creating an intense three-day event at Tobacco dock. It ended up being the most stimulating, uplifting and diverse gathering of music talent that I can ever remember attending. This year I'm broadcasting live from Tobacco Dock on the Saturday and hosting several sessions over the three days. Once of them will be a live talk with Jason Williamson of Sleaford Mods on breaking through as an emerging artist in later life. After all – all you have to be is good.

To read Gabrielle Aplin's insights on life as an independent artist ahead of her BBC Introducing Live appearance, click here.