Overnight news from around the world: Friday, June 17 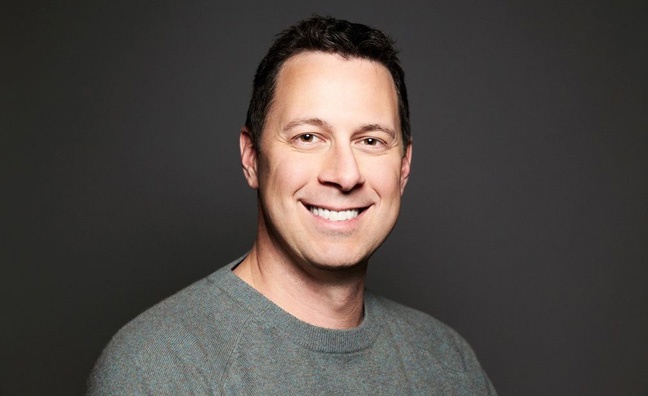 Spotify has moved closer to an IPO by appointing Wall Street veteran Paul Vogel as its first head of investor relations. Vogel (pictured), who will report to the streaming service's chief financial officer Barry McCarthy, started his analyst career at Morgan Stanley in 1995 and most recently ran the internet and media research group at Barclays. (Recode)

New data released by indie labels’ global digital rights agency Merlin confirm that 2015 was the year during which digital revenues turned a corner and became the growth engine of the music industry. Digital revenues paid out to Merlin’s independent label members increased by 73% year-on-year to $232m between 2014/15 and 2015/16, according to Merlin’s membership survey 2016. Merlin represents over 700 music companies that account for 12% of the global digital recorded music market.

Spotify has 3.6 million paying subscribers in the UK, Apple Music just over 1m and Deezer and Google Play Music around 515,000 each, according to a new study. The report by YouGov for ecommerce firm Zuora claims that 78% of UK residents pay for at least one subscription product or service, including 27% for video-on-demand, 17% for media publications and 15% for software and storage. (Music Ally)

ATP is closing down after going into administration, the company has announced. Its ATP Iceland festival, scheduled for July 1-3, will no longer take place, while its other UK shows will go ahead with new promoters. “It is with deep sadness we are announcing that ATP Festivals and live promotions are closing down," said a statement from the firm. "After months of speculation, our funding for Iceland has been pulled and we are no longer able to continue so will be closing down the entire live side of ATP festivals and live promotions with immediate effect and going into administration." (Music Week)

The Helsinki District Court has ordered Pirate Bay co-founder Peter Sunde to pay $395,000 (£278,000) to record labels including Sony, Universal, Warner and EMI, after their content was shared illegally via the platform. Sunde, who left The Pirate Bay in 2009, did not appear in court, has been instructed to pay the full amount plus costs of around $62,000 (£43,615) to the local branch of IFPI. (Torrent Freak)

Led Zeppelin guitarist and songwriter Jimmy Page was questioned on the influence of Mary Poppins on Stairway To Heaven on the third day of the Spirit copyright infringement trial. (Rolling Stone)

The BPI Research department has announced details of the latest in its series of Insight Sessions, which are free and open to BPI members. The session, which will take place at the BPI offices, Riverside Building, County Hall, on Thursday, June 23, will focus on virtual reality and its implications for the music industry. Technology consultants Futuresource and leading VR production company Rewind, which created Bjork’s Stonemilker video, will be leading the session. It will also feature a contribution from London Symphony Orchestra’s LSO Live label. For this particular event, there are also free limited spaces for non-members on a first-come basis, who are asked to RSVP to becci.abbott@bpi.co.uk.

ADA, the independent distribution and services arm of Warner Music Group, and A2IM (The American Association of Independent Music) have announced the creation of a new programme that aims to simplify membership to the trade organisation for label partners. By managing financial dues, ADA is taking administrative burden away from its label partners so they can focus on creating music. A2IM has also teamed up with music analytics service BuzzAngle Music to create a US Indie Chart.

Grammy Awards organisers the Recording Academy have introduced new significant changes to the way some categories for the award show will be picked. The main change is the integration of streaming-only works into the process and a limitation of the number of categories in which members can vote. The new guidelines go into effect immediately in the current-year awards cycle.