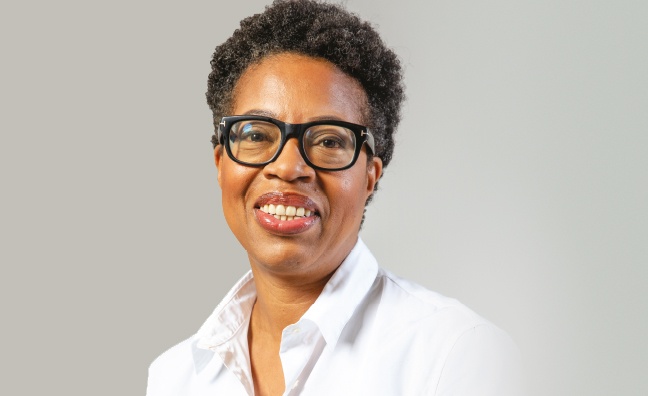 The BBC’s controller of pop Lorna Clarke has opened up to Music Week in a rare interview about her key role for the music industry.

Clarke was appointed in 2019 and her eye-catching job title immediately got everyone talking.

Speaking in the latest issue of Music Week, she said: “It marries all the things that I love: audio, radio, pop music, telly, it’s just great.”

Clarke will not be distracted by the debate over the BBC licence fee freeze and potential replacement by a new funding model, recently announced by the government.

“The licence fee debate will be part of the next Charter renewal process and will be led by others,” she said. “For now, I’ll be getting on with delivering as much pop music content as is possible.”

On Clarke’s watch, recent BBC music TV output has included the MOBOs, Coldplay and Duran Duran on Radio 2 and iPlayer, festive Top Of The Pops, Freddie Mercury: The Final Act, Jools’ Annual Hootenanny, The Big New Years & Years Eve Party, and Madonna At The BBC as a part of ‘Madonna night’.

BBC Two premiered the Amy Winehouse documentary Reclaiming Amy last July, a decade on from the singer’s death, and will air Joni Mitchell: 50 Years Of Blue this year.

BBC Radio 2 has just staged its Piano Room Month. The network won the Station Of The Year category at the Music Week Awards in 2021, and it is nominated again alongside Radio 6 Music and Radio 1. 6 Music is celebrating its 20th anniversary this week.

Here, Lorna Clarke opens up about her job and helping to shape the future of the music industry as the country emerges from the pandemic...

“It’s been unbelievable, but we are here to support artists and the music industry and get the best stuff to audiences. Because throughout all of this, people are listening. And they are consuming music – there are plenty of stats showing that music became more important and consumption of music grew – even if we take something like BBC Introducing. We looked at how much music had been uploaded since 2020 and it was up 30% [on 2019], which is incredible. We’ve got 250,000 artists registered now.

“There was a point where it was like, ‘Wow, this is scary stuff, how are you going to keep five radio stations going live?’ And the reason I had to keep them going is because 41% of the adult population are listening to them. We realised that even though people weren’t commuting, they needed a soundtrack. The feedback was so emotional – it was a real outpouring of, ‘I need a distraction from the madness out there.’”

Recent years have shone a light on racism and discrimination in music. What’s your take, based on your experience?

“For me personally – because of how I look and where I’ve come from – it’s not a subject you can be mute on, absolutely not. And it’s always about action. It’s not about what you say, it’s about what you do, and it’s got to be authentic. Black Lives Matter after George Floyd was a proper wake-up call for everybody. It struck a chord and sparked a range of conversations across the world in young people, people of colour, literally everybody. It was a global conversation, so it’s a good question, but it’s a question you absolutely have to put to everyone – not just the people who look like me.

“We had conversations across the five radio stations around the Black Lives Matter movement and I said to them, ‘All of you, not just 1Xtra, have to have a response.’ Brands and organisations that didn’t do anything – or just talked and jumped on something – got called out. We had Clara Amfo doing a fantastic bit of radio on Radio 1; we had 1Xtra Black Power Playlists; we had a moving, insightful talk show with Seani B and DJ Ace about what it is like being a Black man in this country. Radio 2, a big fat mainstream radio station, had a voice as well. Radio 6 Music did a celebration of What’s Going On by Marvin Gaye. I’m also a trustee for PRS Foundation, and through that we set up Power Up, a panel made up of super-impressive Black executives. It’s not about people who’ve just started, this is very specifically talking to people who might feel a bit stuck. This is everyone’s issue: if you run or are responsible for a business, you have to think about diversity.”

And how do you think the industry is doing on that score?

“There can always be more. But from where I sit, the industry has the same aims that I have, which is that we have to be more diverse. And not [just] at the lower entry level, but up at the top where you can make things happen, where you can make a difference. Some of the changes that are going on are quite interesting. I mean, people like Alec Boateng and his twin brother Alex at 0207 Def Jam, it’s super-exciting. And that’s not exclusive, that’s inclusive. So it’s not just about, ‘How do we respond to an immediate moment?’ It’s an ongoing challenge. And it can’t be token, because you’ll be found out.”

We are open for business, because we’re now organised in a way to create really impactful moments

What does the music industry want from the BBC?

“Simplicity, in a way – simplicity about how they get their product to us. ‘How do I get onto playlists? How do I get my music to specialist presenters? What are the conversations I can have about artists?’ It helps to know there are things like BBC Introducing; the Brit List; playlist and non-playlist support; TV debuts; Glastonbury; Radio 1 Big Weekend; Radio 1 Piano Sessions; The Zoe Ball breakfast show… It’s talking about all these opportunities and being able to say in a simple way, if you’re prepared to have a proper relationship, then we can create something that is not just about one hit.”

And what do you want from the industry?

“Years ago, it was considered quite weird for someone like Kylie Minogue as an actor to want to be a pop star. Now, it doesn’t matter. You’ve got Kano – an amazing, award-winning actor and musician. You’ve got Little Simz, a film director and an amazing, unique musician. You’ve got people with something to say like Billie Eilish. And as the role of artists changes, an organisation like the BBC is perfectly poised to be able to offer more. We are about growing artists; we love doing that and there are so many examples, even during the pandemic. But I can’t wait for this to be over because there is so much more we want to do. There will be at least four key moments every year where we can supersize the impact around their artists, so they should come and talk to us.”

Is there scope for another regular music show on TV, or are one-off specials the way to go?

“We have a returning show, Later…, but it can’t do everything and it was never designed to. So it’s a combination of Later…, Glastonbury, documentaries, Saturday night compilations around catalogue and key anniversaries, BBC Four. But also, most of the stuff that we create in radio, we visualise. We’re recognising [people] want more choice, but also more control. My ambition is when you go into iPlayer, there is more music there so that it dominates and we can elbow out the other genres. And if I had my way, yeah, I’d have another regular programme, but it would probably be around new and emerging music. There have been titles on BBC Three that have done well, like The Rap Game UK and Tonight With Target, which are collaborations with 1Xtra. So there are cuter ways of doing it than going, ‘Can I have another regular programme that is just a different version of Later…?’ Later… is unique, we just need other things to complement it.”

The influence of TikTok just keeps on growing; is that a threat to radio, or can you coexist?

“It’s about coexistence. It’s a bit like when streaming came along and everyone was like, ‘Woah, you don’t need music radio, it’s all going to die.’ And what’s actually happened is that audio consumption has gone up, they’re just not calling it radio. You have a chunk of young people who haven’t grown up with radio, but they love audio. And that’s why BBC Sounds is super-important, because we know they’re going to take it with them on a phone.”

How do you view your rivals in commercial radio?

Subscribers can read the full interview in the latest issue of Music Week.