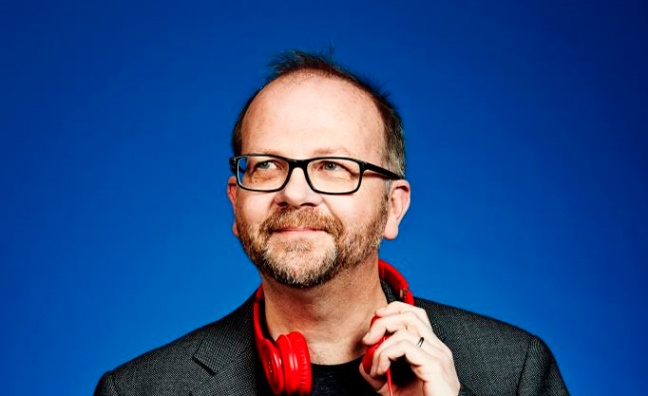 Children In Need has provided plenty of hit singles over the decades, and this year’s effort – an all-star version of Oasis’ Stop Crying Your Heart Out – has smashed into the chart at No.7.

The single was the most downloaded song of the week, with 22,615 units of its 28,421 total coming on the format, according to the Official Charts Company. It became Children In Need's fifth Top 10 official single and also hit No.1 on the UK Airplay chart.

This year’s single – credited to the BBC Radio 2 Allstars and featuring the likes of Kylie Minogue, Robbie Williams, Cher, Nile Rodgers and Sheku Kanneh-Mason amongst many more – was put together by Jeff Smith, head of music at BBC Radio 2, which has been at the forefront of this year’s CIN fundraising.

And now Smith has told Music Week how the station was approached by Children In Need’s Tommy Nagra and asked to “build a multi-artist project with a wider artist brief”.

“My vision and objective has always been to make a quality record and video that can sell/stream a lot to maximise the amount of money it can raise for Children In Need, especially after the year we have all had,” said Smith. “I was also aware of the fact that it is the 40th anniversary of CIN and wanted to nod to their heritage and to the CIN 1997 record Perfect Day. So I designed the aesthetic of the video and the ambition of international artists in international outdoor settings (Cher in Malibu, Jay Sean in New York) where possible as a nod to that first CIN multi-artist charity record.”

Smith said he chose Stop Crying Your Heart Out, which hit No.2 in 2002 for Oasis and has since become a favourite on talent shows such as The X Factor, because it was “a great song by one of our most brilliant UK songwriters that could have a number of meanings”.

“I thought that lyrically it spoke to the audience about charity and supporting CIN,” said Smith. “It also reflects the times we live in ie, the pandemic and is optimistic. I was delighted when Noel [Gallagher] agreed to us using the track.”

For the line-up, Smith mixed “iconic” stars such as Cher and Minogue with rising stars such as Izzy Bizu and Lauv “to hit a sweet spot where artists who have sold millions of records meet artists who have billions of streams to maximise potential sales”. Metrophonic aka Grammy Award-winning producers Brian Rawling and Mark Taylor produced the record, while Phill Deacon directed the video. That team also helped bring Cher into the project.

The song also features the BBC Concert Orchestra, Grace Chatto from Clean Bandit and Kanneh-Mason on cello, and Anoushka Shankar on sitar.

“Decca Records agreed to release the song, and they’ve been brilliant to work with, working at speed with us to pull together a release and distribution plan at such short notice,” added Smith. “Daily meetings have been had between R2, the BBC1 TV show production, Decca and CIN as well as digital, marketing, press departments to ensure we were all acting as one entity. Thanks to all the labels and pluggers who helped me put together this brilliant track. After the mad year we have all had, I’m so grateful that we all pulled together to produce such a timeless record.

“I’m so proud of the finished track and video,” concluded Smith. “Hearing it being played on Zoe Ball’s Breakfast Show last Friday morning, shortly before Joe Wicks raised over £1.5m with his 24 hour fitness challenge, was a very special moment for me.”

* To read our full, exclusive Singles Chart analysis, click here. To make sure you can access vital music biz information wherever you are, sign up to our digital edition here.