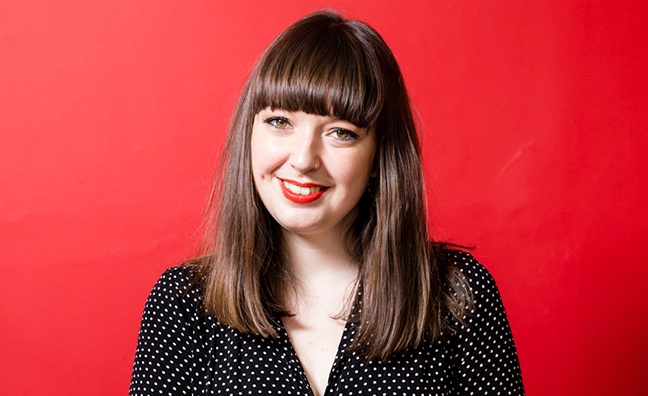 Book your Ubers for 1am and get your camping chairs at the ready, people, tomorrow (April 23) marks the return of Record Store Day! Celebrating its 15th anniversary this year, the annual celebration of independent record stores and all things vinyl is returning to a single date after the multiple vinyl drops seen throughout the pandemic. What’s more, Taylor Swift is also onboard as its official ambassador and will release a 7” of The Lakes.

Among some of the key other releases to look out for are: David Bowie's Toy EP and Brilliant Adventures; PinkPantheress, who’s releasing her 2021 mixtape To Hell With It; Childish Gambino’s Kauai being released on vinyl for the first time; Joni Mitchell’s Blue 50: Demos, Outtakes And Live Tracks From Joni Mitchell Archives, Vol. 2; Elton John's The Complete Thom Bell Sessions; Pearl Jam’s Live On Two Legs; Prince's The Gold Experience Deluxe.

That's not to mention The Rolling Stones’ More Hot Rocks (Big Hits & Fazed Cookies), Sam Fender’s 7” Alright/The Kitchen (Live), Madonna’s Who's That Girl / Causing a Commotion 35th Anniversary, plus limited edition picture discs from The Cure and Holly Humberstone. For those of a maritime persuasion, Sailing By – the theme from BBC Radio 4 Shipping forecast – is also getting a 7” pressing.

It’s the 15th anniversary of Record Store Day, which is quite a staggering achievement considering that once upon a time many people said vinyl was dead. How proud are you of RSD’s journey so far?
“Incredibly proud! And I think it’s all testament to the hard work, creativity and ingenuity of the UK’s independent record shops. If you rewind 15 years, it wouldn’t be unfair to say that the future of vinyl and indie record shops looked pretty bleak. In fact, the number of shops in the UK between 2006 and 2009 completely halved in size. It goes without saying that many music executives had shifted their focus to digital only, leaving behind a community of obsessive music fans who were still avid collectors of physical music. So it makes me immensely proud to think that it was a group of indie record shops who came together to challenge this. RSD came into being pretty much under the radar of the managers in the music industry – it was the grassroots, music loving community who engineered the vinyl revival and they are the same people driving the event forward today.”

Taylor Swift is the global ambassador for Record Store Day 2022 – what do you think her involvement says about where RSD is right now as a global cultural event?
“To have the support of one of the biggest artists in the world right now is incredible and just goes to show how far we’ve come. But most importantly, it’s about what Taylor Swift represents, as a female artist, which is why she’s the perfect person to take on the ambassador role. RSD’s mission has always been to introduce a new generation and new audience of music lovers to their local record shop. In years gone by, it wouldn’t be unfair to say that record shops have typically been male-dominated spaces with the tendency to be a little intimidating to newcomers. That’s why it’s crucial to have superstar artists like Taylor, not only with mass appeal but who are genuine record shop enthusiasts, supporting this event and sharing their love of record shops with their fans. Once you get those fans through the door and they enjoy their experience, there’s a very positive opportunity and knock on effect to be experienced by the shops all year round.”

Record Store Day 2022 returns to a single date this year rather than multiple vinyl drops. What is the benefit of reverting back to that single day focus?
“The RSD Drops were a great way of helping shops manage what is traditionally their busiest day of the year in smaller, bite size chunks during a national pandemic. And we learnt a lot from that. In fact, despite the challenges of social distancing and enforced closures, RSD still enjoyed its best sales year across all three Drops in its 14 year history. This is most likely because of the opportunity to spread across multiple paydays. However, traditionally RSD has always been held on one day where we bring everyone together to celebrate under one roof. Having the support of BBC, sponsors, ambassadors and artists all focussing on one day, creates far more noise and attention than the risk of diluting it across three different months. After all, RSD is first and foremost a cultural celebration that aims to shine a spotlight on the shops and hardworking people behind the counter – any commercial uplift that comes off the back of this is simply a bonus! Whilst there is only one RSD this year, due to current manufacturing delays there are a number of records running late and these will instead be released on June 18.”

It was the grassroots, music loving community who engineered the vinyl revival and they are the same people driving the event forward today

How do you reflect on the success of last year with the benefit of hindsight, in what ways did RSD grow?
“From a shop perspective, the various lockdowns really forced many retailers to change their business strategies. Accompanied by a series of smaller RSD Drops rather than the traditional all-singing all-dancing RSD event, it meant that collectively the sector had to start thinking more creatively on how they can best reach their customers. This saw many traditional shops embrace digital marketing and social media for the first time – which of course will have been hugely beneficial to them not only on RSD but throughout the year as well. Others set up same day bike deliveries, curb-side pickups and many began to invest more time in e-commerce to make up for the public nervousness around in-store shopping. The beauty of being an independent shop is having the flexibility and agility to reinvent the wheel – and many shops did so literally overnight! Whilst we’ll always wish we never had to face the challenges of the past two years, we certainly learned some lessons that will benefit us going forward, for RSD planning and beyond.”

Speaking broadly, have you got a sense of how independent record stores are doing at the moment?
“Things are generally good. We can see that in the number of new shops that are opening – in fact RSD has the highest number of participating shops this year in its 15-year history! Though there are some challenges on the horizon in terms of pressing plant capacity and pricing of raw materials, vinyl sales have continued to grow year on year and indies are enjoying a 30% share in the vinyl albums market.”

Pinkpantheress is releasing her first ever vinyl as part of RSD. Is this significant in reaffirming the message that RSD isn’t just catalogue and rarities but also a place for new music and acts to live?
“Absolutely. There’s a huge audience tuned into RSD, so it’s a no-brainer to get your artist out there in front of music lovers in every corner of the country. We are seeing younger talent with new music coming through more and more each year and enjoying the benefits of this. In particular, this year we launched an official partnership with TikTok alongside a #RecordStoreDay hashtag challenge and guest RSD playlist – it’s an amazing opportunity to put the spotlight not only on the participating shops, but all of the amazing artists who are supporting the event with releases too.”

Which releases this year have drawn the biggest reactions so far?
“It goes without saying that the shops have been absolutely inundated with calls from Swifties hoping to get their hands on The Lakes 7”. We’re just hoping there’s enough to go round! Another hot release is Childish Gambino’s Kauai – it’s coming out on vinyl for the very first time having been frequently bootlegged since 2014 so that is likely to get people queuing early doors.”

RSD 2022 has the highest number of participating shops in its 15-year history!

You partnered with Meantime Brewing Company for a Record Store Day live music event. What does live music add to RSD as an event in your eyes, and, more importantly, is this a stepping stone to much bigger live activity for future RSDs?
“It’s a great opportunity to see the RSD brand live outside of RSD itself. Our partners at Meantime really pulled out all the stops to create a brilliant experience for RSD fans and collectors by bringing together live music, a local record fair and of course launching our official 15th anniversary beer ‘B-Side’. It’s an excellent opportunity for RSD to once again support local and up-and-coming talent as well raising a significant amount of money for our charity partners War Child. It was such a success it would be mad to not try and go and even bigger and better next year!”

It’s been predicted that vinyl will overtake the CD on a revenue basis in 2022. What’s your personal take on where it goes next?
“It’s not so much a prediction as almost a fact – in the first 15 weeks of 2022 vinyl sales hit £33m, up 22% year on year whilst CD sales lagged behind at £30m, up just 2%. With Record Store Day and the gifting season yet to come, there’s no reason to believe that vinyl can’t hold onto its crown by the year end!”

And what of RSD – what remains to be achieved? How can it get bigger from here?
“I think it’s about continuing our mission to keep introducing a new generation and new audience to the world of record stores and to vinyl. Be that by building on our incredible partnerships, including BBC Sounds and TikTok, as well as working with artists that really speak to our target demographic to create meaningful and special records. Record shops are more than just retailers, they are a place that brings like minded people together – they champion and break local talent, they help customers find their next favourite bands and they create safe and welcoming environments for music obsessives. It’s our job to protect them and ensure they are here and thriving for many years to come.”

Finally, it's the age old question, what will you be picking up on the day personally?
“I have got my eye on Lady Blackbird’s 7” Did Somebody Make A Fool Outta You/ It’s Not That Easy! I’d describe Black Acid Soul as one of my favourite albums of the last 12 months so to hear there’s a missing track that the label have described as the ‘last piece of the puzzle’ sounds very exciting to me!”

You can look back at ERA's report showing the full extent of the vinyl revival and its impact on the physical music market here.