Samantha Moy reveals her plan for a new 6 Music era 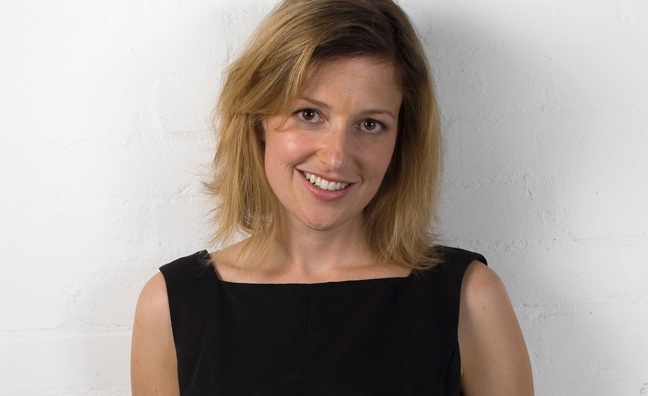 Samantha Moy revealed her plan for BBC Radio 6 Music in this month's Music Week Interview, speaking passionately about how she is determined to drive progress at the station.

Moy stressed that her reign will be about evolution, saying, “If we are going to have meaning with all music lovers, then we need to be representative”.

“My job is to look at it and go, ‘Where are we at? Where are we going?’” Moy said. “It’s about evolving what 6 Music is. If we’re a station that is for music lovers beyond the mainstream, then you want all types of music lovers, whatever music they are into, to find something that interests and engages them and makes them fall in love with the place that puts those programmes together.”

Chart-topping dance duo Bicep, Mercury Prize winner Michael Kiwanuka and Grammy nominee Laura Marling are the headliners for the virtual edition of 6 Music’s annual festival, which runs across this weekend.

“It’s the same, just virtual,” said Moy of the event, which she sees as a great boost for the acts on the bill, which also features Black Country, New Road, Dry Cleaning and Nubya Garcia. “We wanted to put on a line-up that is really reflective of where 6 Music is. They’re such joyful affairs, the festivals, and the artists are a great spread of who we are supporting now.”

Moy noted that 82% of 6 Music’s weekly playlist is derived from independent labels. “That’s part of our core,” she said, highlighting the boost the station has given to a range of acts including Arlo Parks and Idles. “We want to give those artists a platform and be part of their development.”

We take risks, we experiment and we play new music from artists that do the same

While the festival is the station’s flagship event, Moy is also celebrating Cillian Murphy’s success on BBC Sounds, as well as the popular Artists In Residence series, which has seen Loyle Carner, Arlo Parks and more guest host.

“You’re seeing the shoots of what we’re doing with our overnight schedule,” said Moy. “We just had Cillian’s brilliant 12-part series. We have such a strong linear proposition with Lauren Laverne and Mary Anne Hobbs, Shaun Keaveny and Steve Lamacq in daytime. Brilliant weekend shows – Cerys [Matthews], Iggy [Pop] on Friday night – but with the on-demand proposition, listeners can have a cut of 6 exactly as [and when] they want.”

Moy noted that she had been formulating her plans for how to implement change at 6 Music since before she took on the role.

“That’s why I got the job,” she said. “I’ve been thinking about these things for a very, very long time. I do want to develop 6 Music. I want it to have meaning for more music lovers in this nation.”

While RAJAR reporting is currently suspended, 6 Music’s last recorded listener base was 2.5 million, and while Moy plans to drive further growth, she is unconcerned with commercial rivals.

“I’m not sure we have commercial rivals – we genuinely are a product of the BBC, and we do something that the traditional linear stations don’t,” she said. “We take risks, we experiment, we play new music from artists that do the same. We don’t take being paid for by the license fee for granted. We get compared to Radio X, but it’s not a true comparison – the breadth of our playlist tells you that. But it’s the notion of 6 being an alternative station, and that meaning ‘indie’, that skews perception. And while we play indie – it’s absolutely part of who we are – it’s not the whole.”

Finally, Moy said that, while she wants to oversee change within the station, she is not planning to change who a 6 Music listener is.

“We have always evolved,” she said. “Before I got here, there was a vote that ran to find out 6 Music’s favourite band ever and it was Coldplay. That was 10 years ago. If you listen to us now, that’s not the station that you hear. That hasn’t only changed in the last six months, it has evolved with the presenters that we’ve hired. If you like music that’s beyond the mainstream, we are your home.”

Read the full interview in the March edition of Music Week out now. Subscribers can read it online here.