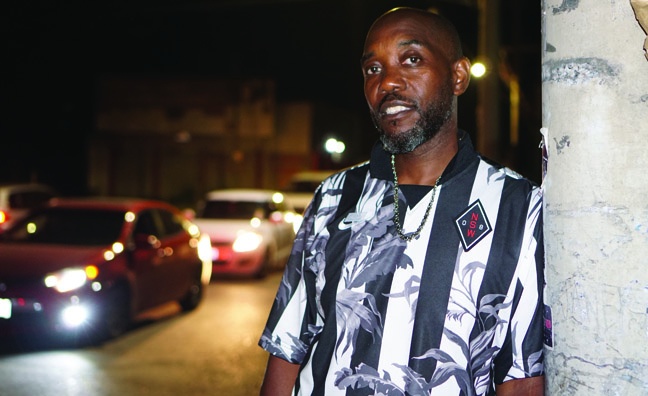 BBC Radio 1Xtra’s Seani B has told Music Week that he wants to see action in the fight against racism in the music industry.

The DJ and Grammy-winning producer recently looked back on his career for our Aftershow feature and has been a prominent voice in the Black Lives Matter debate, hosting a special edition of 1Xtra Talks alongside DJ Ace last month.

“With racism in music, I don’t understand the notion of, ‘We’re listening now’,” Seani B said. “No more talking. Can I turn around and say, to get things balanced in a record company, you may have to make 20 people redundant to open up those positions for black people? Will we see that? I want to see action.”

Reflecting on his own experiences in the industry, he explained that he took the decision “not to water down who I am anymore” some time ago.

“I do black music, and the rawest from of black music,” he said. “I want to be able to walk into any environment or meeting and be Seani B, without having to think of a fancy word to drop in to make me look good.”

The DJ, who grew up and started mixing records in West London, also addressed the question around the industry’s use of the term ‘urban’, which Spotify’s Safiya Lambie-Knight recently told Music Week will no longer be used on the platform.

“Thankfully, everybody is happy to say ‘black music’ again, that’s very important,” he said. “I remember going into Our Price or HMV and there would be a black music section, there was never an urban music section, so I wondered why it became urban. I want to see a change in the labels as well, so an A&R person understands where the music comes from and is not second guessing it.”

“Now, artists don’t need to water down what they do to fit into this ‘urban world’,” he said. “They’re just doing what they’re doing and I love it.”

Seani B also spoke at length about his passion for reggae and dancehall, saying that he wants to be remembered for helping to break artists such as Koffee, Lila Iké, Shenseea, Alicai Harley and more.

“The platform we give at 1Xtra is so important,” he said. “And it’s not just UK-based, it’s on an international level, people see me as one of the key people able to open up doors.”