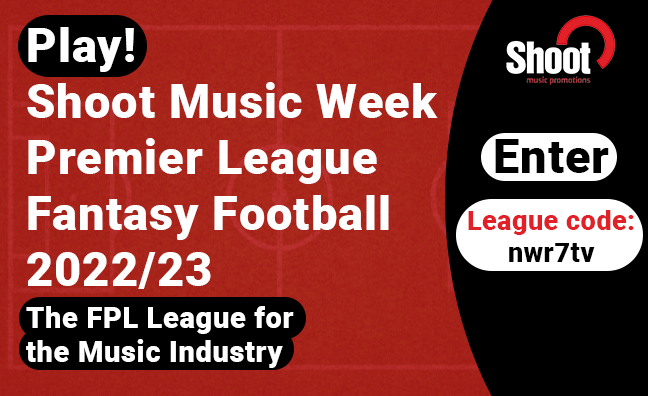 The deadline to enter the long-running music industry league is Friday, August 5, ahead of the 2022/23 English top flight season kicking off with Arsenal's visit to Crystal Palace later that evening.

This season Shoot is giving away a Gold Disc, engraved with the name and music company of the winner. Previous champions have included participants from Motive Unknown, Kobalt, PIAS and Decca.

“FPL has become increasingly popular in recent years and the Shoot Music Week League is already bulging with teams for the season ahead," said Shoot Music director Tom Roberts. "Label marketing teams, artist managers, A&R, agents, digital teams and TV execs make up majority, but it’s those music accountants with spreadsheets that you need to be watching out for!

"The XG data is at new levels and this season is extra exciting with the addition of the winter World Cup 2022 in November and December, making game-planning a minefield going into Christmas!”

To sign up, head to FPL, pick your squad of 15 Premier League players within a budget of 100 million and enter League Code: nwr7tv