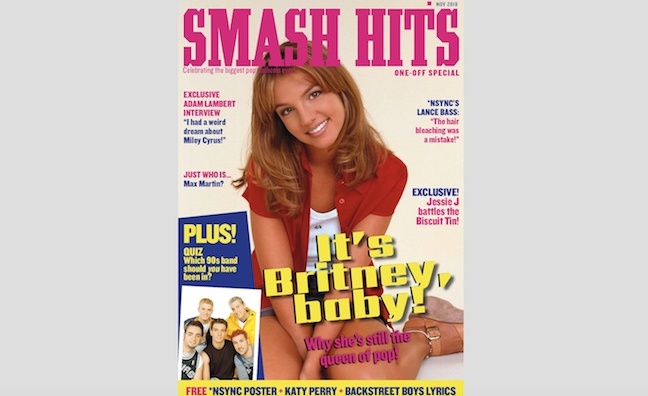 Bauer Media is bringing back Smash Hits magazine for a one-off special in partnership with the new West End musical & Juliet.

The one-shot edition of the pop title will be distributed to select London Underground stations. To mark the launch of the musical, the issue will celebrate some of the biggest pop anthems ever.

It features a ‘5 minutes with’ interview with NSync and poster, song lyrics, wordsearch, an interview with Adam Lambert and Britney Spears trivia. Jessie J takes on the Biscuit Tin interview.

The mini issue will include a feature on super producer Max Martin and more about & Juliet in order to drive awareness of the West End show, which is making its London debut this November. The show features the music of Martin, including songs from Backstreet Boys, Justin Timberlake, Britney Spears and Katy Perry.

Abby Carvosso, group MD at Bauer Media Advertising, said: “Magazines have the power to deliver high quality attention at exceptional value for advertisers and what better way to capture attention than bringing the iconic Smash Hits back for a one-off special. This unique partnership has seen us connect with pop fanatics through the pioneering voice in pop culture to drive audiences to & Juliet.”

Around 50,000 issues of the one-off special of Smash Hits will be distributed to a selection of central London Underground stations on November 4.

The & Juliet musical opened at the Shaftesbury Theatre on November 2.