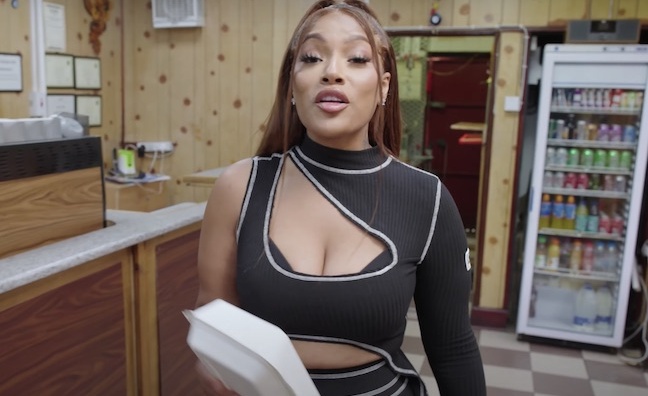 Get It Right From A Genuine Site aims to make young people aged 16-24 aware of the threats illegal streaming sites pose to their personal data.

The campaign is backed by the BPI and Motion Picture Association (MPA), and aims to support the creative industry by encouraging young people to stream their media from genuine sites.

Stefflon Don commented: “It’s a really important time for people to get their music, TV, film and games from genuine sites.

“Both creators and fans lose out as a result of people using dodgy sites. I’ve been lucky to create a career producing the music I love. But it’s not just the well-known artists that are impacted – it’s everyone behind the scenes like studio assistants, sound engineers and costume designers.

“And for fans – not only might it mean people can’t continue to make what you enjoy, but it can put your data or tech at risk. And all for streams that can often be unreliable anyway.”

James Gardiner, marketing and programme lead for Creative Content UK, who back the Get It Right campaign, added: “We’re thrilled to be working with Stefflon Don and Jack Joseph – both examples of brilliant UK creators.

“We have observed from our own commissioned research data prior to this campaign, that while many 16-24 year olds were aware that illegal streaming sites might damage technology and personal devices, they were not aware of the more serious risks, such as to personal data and this tested to be one of the strongest messaging deterrents we’ve reviewed.

“Illegal sites are damaging to not only the fan experience, but also those who work in our world leading creative industry in the UK. The industry is full of talented individuals that have navigated many challenges over the past few years to keep us entertained. And with these industries playing a vital role in the UK economy, providing millions of jobs and livelihoods, it’s never been more important to support them.”

Get It Right From A Genuine Site is the latest in a series of efforts to stem illegal streaming and piracy. Last year, social media platforms agreed on a series of anti-piracy measures following roundtable discussions with the UK's creative industries.