Sync Story: How new comedy The Festival will soundtrack the summer 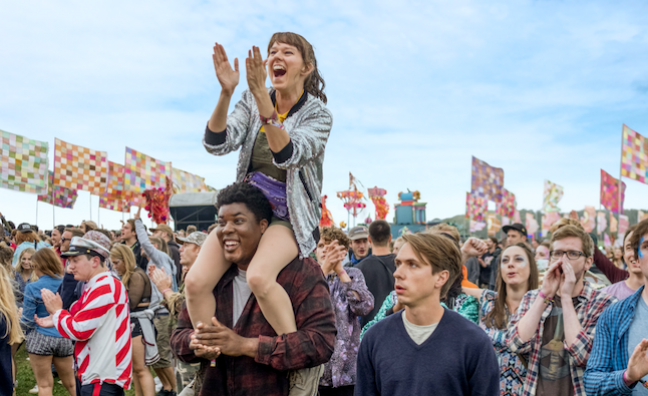 From the creators of The Inbetweeners, new comedy The Festival beams mud and mayhem into cinemas everywhere this month.

Like any good festival line-up, it’s packed with music, with Charli XCX and Portugal The Man among a mammoth eight clearances for Warner/Chappell.

The film tells the story of hapless graduate Nick (Joe Thomas), and the friends who convince him that the answers to his problems can be found in a field.

“This was an incredibly fun project to work on,” says Warner/Chappell creative and licensing manager Kathryn Rodger. “A film about a festival is always going to put music front and centre, so it was great to be able to work with the production team to come up with the perfect songs to tell the story of Nick’s adventure. I’m sure it’ll bring back a few festival memories.”

“It was tough at times with so much music involved, but we made it in the end!” he says. But will Nick make it through The Festival? There’s only one way to find out…