'The fun of it is just being spontaneous': Jo Whiley talks hosting the Music Week Awards 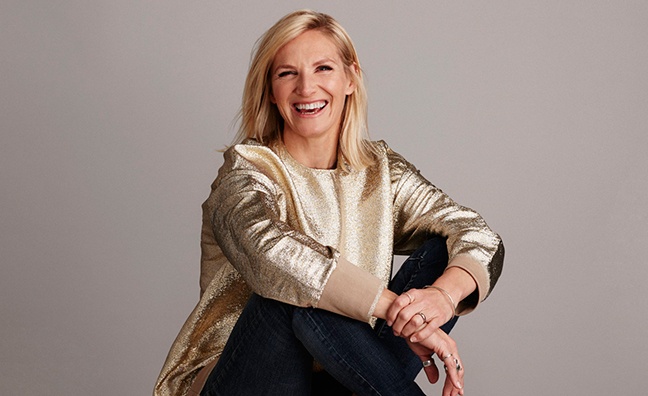 It’s Music Week Awards time and Radio 2’s Jo Whiley is on board this year as presenter of the biggest night in the music industry calendar. Click here for everything you need to know about the ceremony at Battersea Evolution.

Here, Whiley opens up about handling hecklers, her own prize hopes and why the Music Week Awards is important for the industry…

As a newbie presenter are you familiar with the Music Week Awards?

“Yeah, just because I’ve been involved in the music industry my entire life. I went last year and when you look around you know pretty much everybody in the room because you’ve worked with them at some point over the decades. Last year it was a very fun and very lively night. I was with the whole Radio 2 gang, because the BBC were up for quite a lot of awards."

So you’ve experienced it as a guest, how do you feel about presenting the ceremony?

“I’m going to be firm but I’m also going to be up for a laugh as well, and quite happy to take the mickey out of anybody who comes up there on stage. There will be people there that I’ve worked with, I’m sure, so I might have some dirt on them and I can throw that in as well. They will definitely need a tight grip on them.”

You’re officially a neutral – but will you be quietly rooting for some radio colleagues?

“I might have my favourites, but I’m not going to say and I’m not going to show it on the night. There are so many talented broadcasters at the moment, I’m really proud of all the people at Radio 1, 6 Music, 1Xtra, Radio 2. We’re strong at the moment, a lot of people have been working for many years to earn their place on the radio, they’re doing good stuff. There’s a real friendship, a real community among all of us because we’ve known each other for such a long time. We all started out so many years ago and we’re still there.

“Everyone’s got better as broadcasters. We put out a little bit on my show of the first time I ever interviewed Chris Martin [with Music Week Awards nominee Steve Lamacq on Radio 1’s Evening Session], and we sounded like babies, we just sounded really young. We also put out an interview that Steve and I did with Blur 25 years ago, and just hearing us as baby broadcasters and seeing how we’ve come on is very funny. We’ve got such an amazing archive of [Evening Session] interviews that we did for the whole Britpop era – Pulp, Radiohead, the Manics, Oasis and Blur. Those interviews are now quite important and quite revealing. Our audience are now listening to Radio 2 and 6 Music, it does feel like there’s a real sense of nostalgia and remembering what we all went through and how brilliant the music was.”

And Suede are actually nominated in the Catalogue Marketing Campaign…

“I do remember that [debut] and Brett [Anderson] being thoroughly enigmatic, and some of the shows that we did with the Evening Session. It was a really important album for lots of people. They were super cool.”

There will be people there that I’ve worked with, so I might have some dirt on them

The awards cover the entire industry, do you think it’s important there is that recognition?

“Yeah, absolutely because there are so many different aspects of the music industry and so many people work incredibly hard, but we’re all reliant on each other. Everyone is linked, everybody needs everybody else and we all work together. So every different aspect should be recognised and that’s why the Music Week Awards are so brilliant, because it’s shining a light on people who otherwise might have been toiling away for decades and not getting any recognition. But on a night like this, they do. It’s all about teamwork, whether it’s a radio team or record label or marketing team, everyone works so hard so fiercely together with the artists. When somebody wins an award, you can just see the tables erupt and every other member of that team really overjoyed and happy for the success of that person who’s winning.”

Are you expecting any heckling or banter from industry friends?

“Well, if they’re friends I don’t really want them to be giving me a hard time. Friendly, gentle banter will be fine. I’ve hosted awards like this before, and it’s a big room with a lot of people. So I know the deal, I know how to handle it. Banter is good, banter is funny.”

Are you glad to see the Biggest Weekend getting a nomination?

“Yeah, that was a really ambitious idea. They achieved so much and got to so many places. I was in Coventry with Liam Gallagher. There was a broad spread of music catering to all different audiences. They are strong contenders. I’m sure Glastonbury will be getting their crown back next year.”

What’s going on with your Radio 2 show, which goes out the same time as the ceremony?

“It will be a case of being like Blue Peter, here’s something I prepared earlier. I’m pre-recording so I can be there on the night.”

How does hosting an awards show compare to broadcasting?

“With a radio show, it’s the same as the awards – you do the backbone, you prepare everything and you make sure that you know what’s happening when, you’re quite meticulous. But then the fun of it is just going off and being spontaneous and reacting on the night to what the listeners or what the room gives you. That’s the enjoyable part of it. I’ve got a lot more confident at doing these [awards]. Radio shows are fine because it’s you in a room with a microphone and sometimes a band. When you do an awards show, you can see the audience and you can see the state they’re in. They’re quite daunting things but also really enjoyable.”

Your Radio 2 show launched too recently for this year’s Music Week Awards. Are you hopeful for a trophy in 2020?

“Oh yeah, I’ve got my eye set on the prize next year. It’s in the bag already, I reckon!”

Click here for all the finalists at this year’s Music Week Awards and here for some of the big talking points.

To read the Aftershow feature with Jo Whiley pick up the latest issue - or subscribers can click here.