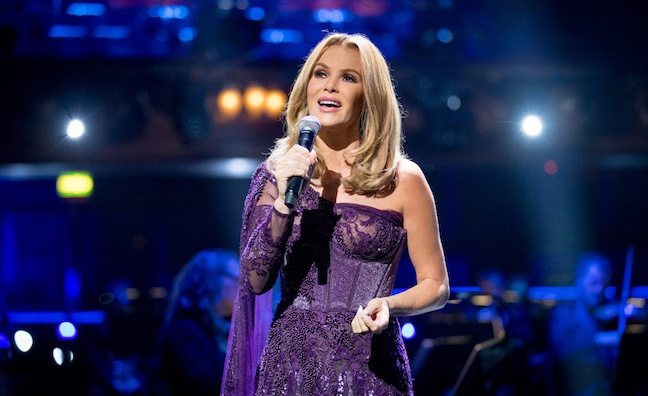 Just as the live sector is suffering during Covid-19, it’s also been a bleak time for musical theatre.

So BBC Radio 2 is lifting spirits over the weekend with a celebration of musical theatre, which climaxes with a special London Palladium concert. The venue has been staging socially distanced shows during the pandemic, although this was an event for broadcast only.

Musicals: The Greatest Show, which is produced by TBI Media and filmed under strict Covid-19 guidelines, airs on Radio 2 and BBC Sounds on Sunday, January 31 at 7-9pm, followed by the BBC One broadcast at 7.40pm on Sunday, February 7. It will then be available on BBC iPlayer for a year.

The pre-recorded special features Amanda Holden and Sheridan Smith performing I Know Him So Well (a No.1 single for Elaine Paige and Barbara Dickson) from Chess; Nicole Scherzinger’s performance of Never Enough from The Greatest Showman (recorded in LA); Michael Ball's rendition of You Can’t Stop The Beat from Hairspray; and Sheridan Smith singing Don’t Rain On My Parade from Funny Girl.

Ahead of the concert, BBC Radio 2 revealed the nation’s favourite song from a musical, following a public vote. Listeners took their pick from a longlist of 50 classics spanning nine decades.

The Top 20 songs were broadcast today (January 31) as part of Radio 2 Celebrates Musicals, a series of programmes aired on January 29-31. One Day More from Les Misérables came out on top in the public vote.

Alfie Boe, who has played the role of Jean Valjean in Les Misérables, said: “One Day More is probably one of the biggest highlights of the show and it resonates to everybody who sings it on stage as a unified piece of music; and in this present day that we’re living during this pandemic we are unified as a nation, we are unified as a world, we are adapting as a world, we are adapting as human beings, and this song resonates so much with the present situation that we’re in. Hopefully we’ll see theatres back open really soon and we’ll all be able to enjoy live music, live performances once again.”

Helen Thomas, head of Radio 2, said: “I’m hugely proud of the commitment that Radio 2 has given to shining a light on musical theatre at this difficult time. Radio 2 Celebrates Musicals has been a joy from start to finish, from Zoe Ball’s singalong on Friday morning, through to today’s chart, and tonight’s Musicals: The Greatest Show from the London Palladium. The Top 20 includes songs from the past 80 years of glorious productions, proving that the appeal of musical theatre remains as strong as ever.”

Our recent Music Week interview with Amanda Holden is here.