The joy of 6 Music: Record RAJARs for digital station in Q1 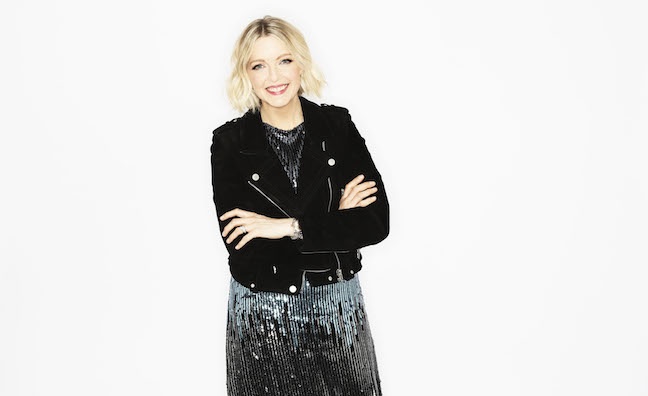 At a time when we’re all listening to the radio at home during the lockdown, the Q1 RAJAR figures are in. Read on for the full analysis of the quarterly numbers across BBC and commercial stations…

During the chaos and confusion surrounding the Covid-19 pandemic, there’s been one truism: everyone’s listening to the radio. While streaming has lost out on all those plays in shops and gyms, the assumption is that more people are now listening to the radio for longer at home, when they’re not on Netflix or grappling with livestreams on New York time.

Unfortunately, the Q1 RAJAR figures don’t confirm that assumption – the three months to March 29 covers just a week of the lockdown. As a result, there’s not much of an obvious impact, apart perhaps from the 23.6% year-on-year growth for LBC. Is a big boost for a talk station an early indicator of increasing interest in hearing (bad) news?

Congratulations to BBC Radio 6 Music, who scored a record RAJAR of 2.556 million, up 1.6% year-on-year and up 2.8% on the prior quarter. Its previous record was 2.53m two years ago. The RAJAR period covers the 6 Music Festival in Camden, an event that station head Paul Rodgers correctly predicted would help ratings.

James Purnell, director of BBC Radio and Education, said: “It’s wonderful that listeners have granted BBC Radio 6 Music the top spot as the UK’s biggest digital only station by tuning in in record numbers. It’s no surprise that the station’s brilliant presenters and talented teams are proving a winning formula with their love and passion for music.”

The station’s weekday breakfast show with Lauren Laverne had it biggest audience ever with 1.3 million listeners, according to the latest RAJARs. There were also RAJAR records for Mark Radcliffe & Stuart Maconie at weekend breakfast and Steve Lamacq on weekday afternoons. In other good news, Lamacq will be back on air on June 1 after a period of absence following medical advice.

The BBC said Greg James has gained 350,000 new listeners for Radio 1’s Breakfast Show in the last three months, though it counts listeners under 15. According to the standard RAJAR measurement, James increased listeners from 4.812m three months ago to 4.873m in Q1. But he’s down on the 5.044m in Q1 2019.

Aled Haydn Jones, head of programmes, BBC Radio 1, said: “Radio is such an important part of British life, and Greg putting on 350,000 new young listeners shows how valuable that connection is. With around 10 million listeners, over 14 million weekly viewers, and 9.5 million social users, we are able to be creative in the ways we innovate for our audience, wherever they may be.”

Wireless CEO Scott Taunton said: “Our investment in the Virgin Radio Network - including our latest new launch station, Virgin Radio Groove - is paying off. Virgin Radio is thriving across the schedule and Chris Evans continues to deliver event radio.”

Commercial giant Global now reaches 24.9m people every week through radio alone. It can also claim the No.1 and No.2 commercial breakfast shows with two recent entrants: Heart’s duo Jamie Theakston & Amanda Holden on 4.118m (down on 4.287m three months earlier) and Capital’s Roman Kemp (3.316m, down slightly on Q4 2019’s 3.362m). In London, Kemp is No.1 ahead of Greg James and Kiss.

Capital Xtra’s strong growth has been halted – it’s down 4% year-on-year at 1.69m. New brand extension Capital Xtra Reloaded is on 305,000 listeners, so yet to trouble Bauer’s Kisstory.

There was a good result for Gerry Cinnamon’s favourite station, Radio X, up 7.3% year-on-year to 1.651m. Chris Moyles is approaching a million listeners on Radio X. The station has just launched a refreshed schedule.

Classic FM is not yet suffering from the launch of Bauer’s digital rival Scala. Global’s station is up 3.7% year-on-year at 5.484m.

Ashley Tabor-King, founder & executive president of Global, said: “Clearly these RAJAR numbers represent January, February and March, before the current corona crisis changed the world – things are somewhat different since. Nevertheless, today’s RAJAR numbers are a magnificent testament to every Globaller that’s worked so hard to continue our lead in the commercial radio market with 25million listeners and the top four commercial radio brands – Heart, Capital, Smooth and Classic FM.

“We’re particularly pleased to see Classic FM add nearly 200,000 listeners in the past year and celebrate a new, 13-year high in hours and share. This overall performance from the Global portfolio highlights our focus on reaching listeners right across the country, serving them with the best music, entertainment and highest quality news and analysis in the business. This really is testament to the hard work produced by the whole Global team.”

Following various acquisitions, Bauer Media said it posted a record reach in the quarter of 20m. The company’s digital reach - another record - is at 14.6m, up 6.2% year-on-year. Listening via a digital device is 74%, compared to the industry average of 59%.

Dee Ford, group MD Radio, Bauer Media, said “This is a great day! This is the biggest audience we’ve ever been able to offer our advertising partners. Thanks to the talented Bauer team and our market leading digital performance and portfolio of enormously complementary brands we are going from strength to strength.”

Absolute was solid at 2.416m, up 4.6% on three months earlier. Dave Berry is also remarkably consistent at Breakfast (2.153m), even if the recently launched nationwide shows from Heart and Capital have taken the shine off his still sizeable ratings.

Kisstory may not be about to reclaim its overall No.1 digital station crown any time soon, but it’s still the biggest commercial digital network. Kisstory is up 12% year-on-year to 2.066m (but down 6.3% on the quarter). Parent station Kiss was down 1.5% year-on-year at 5.135m.

With eight hours’ average listening Planet Rock claims the title of most listened to commercial station (its weekly reach was flat at 1.209m this quarter).

One of the dwindling number of national radio brands to acknowledge the nation’s once predominant broadcasting method, Jazz FM was down 0.9% year-on-year at 566,000.