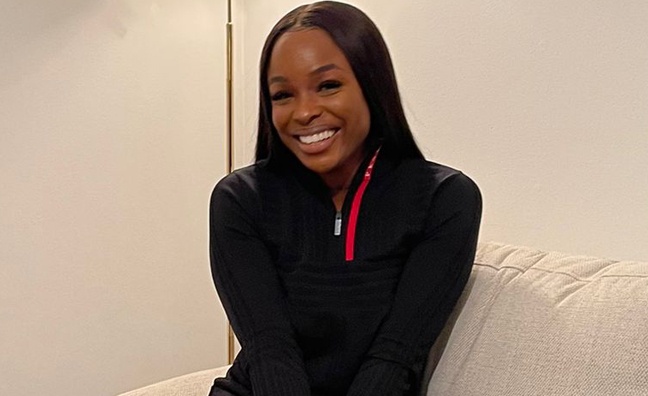 Music Week is teaming up with YouTube for the Women In Music Awards in October – Black History Month – with our second content offering and webinar event, The Legacy Series – Gifted And Black: Women In Music. Here, Music Week’s Colleen Harris meets the inspirational founder of August Agency, Ebi Sampson.

Ebi Sampson started out her career in fashion PR, working across a wide range of fashion and music projects during the peak of the resurgence of grime in London.

During this time, Sampson was able to work across exciting collaboration projects like Skepta x Nasir Mazhar, A$AP Ferg x Astid Andersen as well as Places + Faces’ first ever exhibition.

After six years of immersing herself in fashion, Sampson decided to branch off into something she always had passion for. Not only did she co-manage her friends Youngs Teflon and K-Trap, she also worked as an in-house PR at Atlantic Records working on campaigns including Meek Mill, Kojo Funds, Janelle Monáe, Nipsey Hussle, Roddy Ricch, A Boogie Wit Da Hoodie and more.

After two years at Atlantic, Sampson launched August alongside her business partner James Cunningham with a vision of creating an agency dedicated to artists with the ability to inspire the cultural landscape and push boundaries in music. At August, Sampson and Cunningham create bespoke PR campaigns for each artist to help define and propel their stories and form a solid brand identity. Their clients include Burna Boy, Pa Salieu, Rico Nasty, Tems, Tiana Major9, Tion Wayne, Denzel Curry, Enny, BackRoad Gee, Earl Sweatshirt, Freddie Gibbs, Popcaan, Grace Carter and more.

Here, Sampson tells Colleen Harris all about her journey so far, personal growth and the evolution of the press landscape…

You started in fashion, but it was music that you wanted to work in. How did you handle that transition?
“It was really tough because I didn’t really know anyone in music. I always knew I wanted to work in PR, and it took me working in fashion for six years and seeing the crossover between fashion and music by working in that hybrid space. I knew a lot of artists, but I didn’t really know anyone behind the scenes. It was a weird transition, but I left to start managing Youngs Teflon and K-Trap. I did management for a couple of years, then got a job in-house at Atlantic doing PR. I was hustling, it was a lot of learning. I didn’t really know what I was doing. I was forcing myself into this space and teaching myself.”

In the past, you have spoken about the feeling of imposter syndrome. Can you talk about that, and how you overcame it?
“I started working in PR when I was 20 years old. I was the only black person within the [fashion] company that I worked in, and the only black person in the room a lot of the time. I was code switching and couldn't really be myself because I didn't feel like anybody really understood who I was. I struggled with that until I started to see other people like Grace Ladoja and Sharmadean Reid – women that looked like me occupying similar spaces. It allowed me to be more comfortable. I had therapy to build my confidence because I struggled with it for quite a long time. I was still able to do my job, it didn't impact my work. But when I was managing, I'd come into label meetings with a bunch of older white men, and I'm a 20 something year old Black girl managing a drill artist. I know what I'm saying, and I know what I'm doing but for some reason this whole space felt very intimidating. Things have changed a lot because now when you go into label meetings the staff is diverse, there are women heading labels now, there are black presidents. The space has changed enough for people coming after me. They won't have to feel that.”

You made the move from working for a major label to set up independently. Did that feel like a leap of faith? What was required of you personally to make that happen?

“It genuinely was a sink or swim moment. I had to believe in myself, even if I didn’t believe in myself 110%. I was super-nervous. I went into partnership with somebody else. When I was managing K-Trap I thought his publicist [James Cunningham] did a really good campaign and we got on really well. So, when I left I asked him to come with me and start this agency. He took that leap of faith with me as well; we set up together after knowing each other less than a year. I clicked with him instantly and trusted that he was the right person to do this with. I haven’t got a single regret.”

You work with everyone from Tems and Burna Boy, to Pa Salieu and Enny... What’s it like to be at the centre of some of the biggest new successes in Black music around the world?
“It’s really exciting. I started working with most of those names very early, almost when they released their first singles. From being a fan, listening to their music and just falling in love with them and their artistry, then speaking to them, hearing their stories – that’s the only way that I’m able to do a really good job, if I really believe in who I’m working with. So to watch them develop into these amazing artists that everybody’s fallen in love with, especially someone like Tems, she’s achieved beyond more than I could have fathomed. You can never predict where people are gonna go but it’s super exciting, you feel really proud.”

Can you name some of the achievements you’re most proud of so far?

“In our first year we were nominated for a Music Week Award, which was really exciting considering we were up against some pretty huge agencies that had been around for years. That was for the Pa Salieu campaign. Watching his progress has been really exciting because when we first started working with him he’d never had to speak to journalists and explain his talent, why he does what he does. To watch him go from being really shy to being able to articulate that, that’s really rewarding – watching people live out their dreams. Tems has been an incredible talent to watch. She’s at such an early stage in her career and everybody looks to her as the next big name coming out of Nigeria. She’s got a sound that is miles away from anything. I’ve been working with Burna Boy for years, watching him go from being Grammy-nominated to winning the Grammys, having a number two album. Also, we had our first number one album with Nines. Tion Wayne, he's just been breaking records; he’s had a number one single, his streams are insane. Just watching everybody.”

What would you say is the key to a good press campaign nowadays?
“It’s not about the quantity, it’s about the quality. We always hold back to go for the biggest looks that position your artist as a trailblazer. It’s about not doing tens of interviews but doing one or two key things that can translate globally. The artist’s story is super important. I think that’s the job of a really good publicist – to take the key points from an artist’s background, their process, their accomplishments, and put it into a really concise and cohesive email. You always want to position your artists as the biggest and most exciting person of the moment.”

Tell us one thing that hasn’t changed about the job over the years, and one thing that definitely has?
“I think there’s a lot more room for black faces on covers of magazines. When I first started, there really wasn’t. I felt like if a magazine put a black woman on the cover, they’re probably not going to put another black woman on the cover for another few months. But now it’s like, why not? You can feel more comfortable challenging publications. We look after a lot of Nigerian artists, and there are spaces for them now, whereas before it didn’t feel like there were on these mainstream titles. That’s something that’s changed for the absolute best. What hasn’t changed? It’s still tough. You can’t predict someone’s journey so to be able to convince a journalist that this is the hottest and best talent, it’s still a hustle. And there are less magazines unfortunately, post-pandemic it just doesn’t look the same as it did before.”

Finally, who are your closest confidants in the industry?
“One of the key people who helped me is Grace Ladoja. Before I officially launched my agency or told anybody about it, I mentioned it to her. Right away she would be like, ‘Okay, cool. I want you to do this with me’. It was like she believed in it before I even had the chance to prove to myself that I was able to do this. She’s been an amazing champion. To this day we still work together. Sheniece [Charway] at YouTube is someone I can speak to about anything all the time – on a business tip [and] friendship. She’s been a very special person to me. Rachel at Wired. I don’t even think I would have launched August Agency if it wasn’t for Rachel; she sat me down and was like, ‘You can do this’. Jackie [Eyewe] at 0207 Def Jam. Twin at Def Jam. Jen Ivory at Warner. I’ve got so many people who have stuck by me this whole time.”