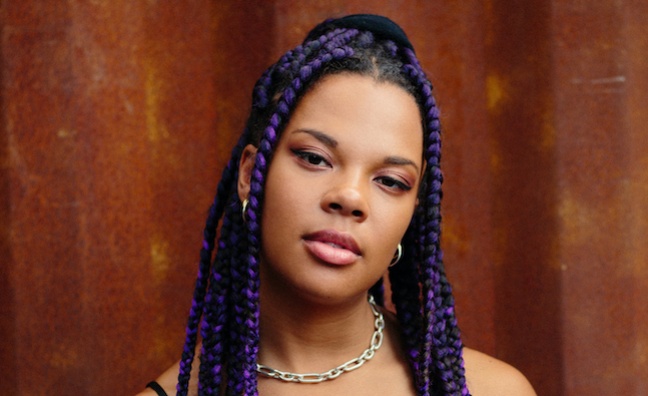 Music Week is teaming up with YouTube for the Women In Music Awards in October – Black History Month – with our second content offering and webinar event, The Legacy Series – Gifted And Black: Women In Music.

In the latest part of the series, Music Week’s Colleen Harris meets BBC Radio 1 DJ Jaguar, who has enjoyed a fast rise through the industry in recent years and, in August published a report highlighting gender disparity in dance music.

Jaguar appeared in Music Week’s Rising Star column in July 2020, where she shared her stories of work experience and spoke of how the likes of Annie Mac and Pete Tong have inspired her rise up the ranks.

Since then, alongside a radio show, live sets and prolific support of new music from as diverse a range of artists and producers as she can find, the DJ (full name Jaguar Bingham) has also set up the Jaguar Foundation, which authored August’s report.

Here, the dance music expert tells Colleen Harris all about her career so far, from her days at Leeds University, through to Radio 1 and having a position at the forefront of a new generation of industry professionals pushing for an equal future...

The first time you spoke to Music Week, you said you’re all about educating people and breaking boundaries. What boundaries have you had to break through in your career so far?
“I guess an obvious one is [being] a woman, and a mixed-race woman in electronic music. I got into dance music because I just loved the music. I discovered the house and techno scene as a teenager going out when I was at uni in Leeds. It wasn't until I entered it in a professional sense that I actually realised it was very male-dominated. That didn't put me off, it just felt like a boys’ club. I think one of the ways I was able to stay afloat was [by] having a group of women and non-men in dance music that I could relate to and share experiences with. I think that helped a lot.”

What education do you wish you had access to when you started your journey in the industry?
“I still wish this now because I haven't done it: I wish I'd learned music production. It’s still on my list. That felt and still feels like a very closed space. It feels like it's a bunch of guys making these tunes. You see it with my radio shows; when I'm listening to tracks, [using the] BBC Introducing Uploader, or getting promos or tracks from artists, a very small percentage of these tracks are from women and non-binary people. In the report, we found that 5% of dance music in the charts is exclusively by female and non-binary artists, and less than 1% was exclusively by female and non-binary artists on radio, so it shows that the disparity in music production is there. From my experience, it is intimidating when you don't know how something works and there's not many people around to show you, who make you feel safe. We need more environments where, whether it's DJing or production, you can learn with people that you relate to so that you feel safe to ask stupid questions or throw yourself into it.”

Much of the work you do is about inclusivity and equality, it comes through in the artists you support, the songs you play and the people you talk about on Radio 1. Do you feel you're able to make a tangible difference?
“I think I am. That's literally the reason I do what I do. I'm not doing this for me. Because I started working with BBC Introducing from the age of 20 back in 2015, it very quickly became clear that new music and new artists are the people I wanted to work with because there's so much we can do together. I play someone on my show, and they get picked up by a manager or a record label. It happens every week on my show and it's great, I take that responsibility very seriously. To be able to support minorities and women, Black artists, people of colour, Asian artists and LGBTQ+ artists making dance music… I really love that I've been able to have a space to do that on Radio 1. I feel on mainstream radio stations maybe that's not done as much as it could be. It is challenging at times, like when I'm trying to put together an International Women's Day show and there's still a small percentage coming through that are from women. I'm always badgering artists for music every day, in their DMS like ‘Hi, it's me again. What have you got?’ But I love it. I'm really proud of how the show's grown over the last two, two-and-a-half years, and can't wait to see who we keep supporting in the future.”

This summer, you published a study into inequality in dance and electronic music. What was the main inspiration behind it?
“Because it hadn't been done before. Last year we launched Future 1000, my DJ initiative to get more girls, trans, and non-binary people between the ages of 12 and 18 into DJing. That was an amazing experience and laid the groundwork. But when we were doing that, we were looking for research in this topic of gender inequality and it just didn't exist. So we decided to do our own. We teamed up with the Sony Music UK Social Justice Fund, who were amazing, and we had such a great team. I was very much involved in curating the artists and industry figures that we spoke to. It was a massive project; it took up most of this year and I'm so proud of it. A lot of people have been messaging me saying they've had really good chats with people they work with, or they've started to reconsider things, or male artists saying, ‘I want to add an inclusion rider now because I feel like I need to do more.’ I think it's a good start. I just want this momentum to keep rolling. I'd love for more people, club owners, label owners, male industry figures to read the report, because I think a lot of women and non-binary people know this, we live this every day.”

Has there been any reaction that's not been so favourable?
“Yes! And this is exactly why we did this, to change attitudes. We've had a few comments online, some saying, ‘What about white men?’ or, ‘Women don't even make their own music, they use ghostwriters.’ Even things like, ‘Girls just look pretty and use the sync button,’ or, ‘Men just make better music.’ And then there was this guy. He was pretty angry and aggressive, just slagging it off. I ended up blocking him after going back and forth. Anyway, the very next day I got an email from him – a really long apology saying that after our conversation, he did read the report, and it opened his eyes and ‘pierced his ignorant bubble.’ Then he asked me to unblock him. He was like, ‘I want to support you.’ I didn't expect him to come back on that, because a lot of my thinking when I was having these altercations with people in my comment sections was like, ‘Well have you actually read the report?’ And he actually did. For me that's a huge win, to have this guy who was so angry about this piece of research because it didn't align with what he thought, then do the research himself and was like, ‘Oh God, I completely get what you're saying now.’ That was amazing.”

Why is dance music so popular this year? It’s dominated the charts this summer and lots of new stuff is coming through…
“I feel like dance music is its own unique scene. It's a huge industry. We have conferences, we have ADE [Amsterdam Dance Event] and IMS [International Music Summit], we have people with podcasts, I think we are quite forward-thinking as a genre. We're not perfect, but there's a lot of room for lots of different types of people and sounds to come through. I love that so many dance tracks have been in the Top 10. We had LF System for eight weeks at No.1, and Eliza Rose and the first Black female DJ to have a No.1 since Sonique 20 years ago, which was so good. It made me so happy, and I love that she’s an underground DJ but she's still managed to top the charts with an underground banger. It's nice that dance music has been embraced by younger audiences all over the world because it’s a place where you can push boundaries. It's a place where me doing things like putting out a report – yes, it's about music, but it's very much about the world we live in. It’s important because it reflects real life.”