'There's a lot of excitement': BBC Radio 1 turns up the volume with new indie show 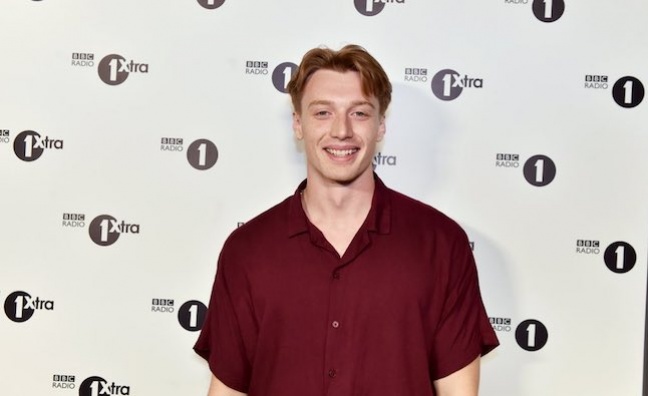 From the Evening Session with Steve Lamacq and Jo Whiley to John Peel and Zane Lowe, BBC Radio 1 has a history of supporting indie music in the evenings. Now we can add Jack Saunders to that line-up, as the youth network prepares to launch a high-profile show dedicated to alternative music.

From tonight (September 3), Radio 1’s Indie Show With Jack Saunders will air from 11pm-1am, Monday to Thursday. Saunders, a former presenter at Radio X and Kerrang! Radio, will champion a new generation of guitar bands.

“What we need is the space on national radio for a focus on indie bands and alternative music so that the industry can grow,” Radio 1 head of programmes, Aled Haydn Jones, told Music Week. “There’s a lot of excitement around that.”

Haydn Jones admitted that Radio 1 has focused more on electronic and dance music in its specialist shows.

“When you look at the dance output we have on Radio 1, we have several shows that cover the whole genre from mainstream to tastemaker,” he said. “At the moment, when it comes to guitar [music] we’ve got a rock show with Daniel P Carter, but what this is about is creating three slots for the genre. So you’ve got new bands with the BBC Music Introducing show we’ve got with Huw Stephens [Sunday, 11pm], we’ve got alt bands coming through with Jack and then we’ve got the rock end with Daniel P Carter. It’s about giving space to the genre so that it gets its best shot at growth.”

Haydn Jones has been overseeing the show, which is being made by Wisebuddah with former Caroline International head of radio, Fuzz Chaudhrey, as producer.

“We are talking about meeting the industry and making sure there are no barriers to getting new bands on to the show, so we can give it its best launch,” said Haydn Jones.

He added that there was “definitely” a hunger in the music business to be part of the show. Stereo Honey and Yungblud are set to perform sessions early on.

“What Chris [Price, head of music] was telling me was that show has been very well received,” said Haydn Jones. “Radio 1 has always been multi-genre, so we’ve had spaces in shows, on playlists for all genres. But this is about us putting a spotlight specifically on that genre. It’s about us saying you’re going to get this if you tune in at this time; or if you go to the BBC Sounds app and access it digitally, you will know what you are getting.”

Pick up the latest issue of Music Week for an exclusive interview with Jack Saunders.