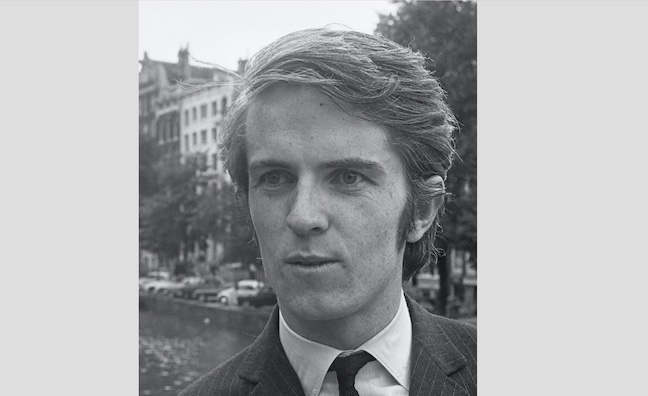 Tributes have been paid to Radio Caroline founder Ronan O’Rahilly, who has died aged 79.

The station, which continues to broadcast off the Essex coast, announced the death of O’Rahilly. He was diagnosed with vascular dementia in 2013.

The pirate station was founded in 1964 as a rival to the BBC and achieved huge popularity, as well launching the careers of many DJs. At the time, the BBC only played an hour of pop a day.

Caroline helped to define the modern radio landscape by forcing the BBC to launch its own pop station, Radio 1, which employed presenters from the pirate station.

BBC Radio 2 presenter Johnnie Walker, who started out on Caroline, said: "Farewell to Radio Caroline founder Ronan O'Rahilly, The man who made the impossible possible and changed radio forever.

"Thanks Ronan for the incredible experience of being a Caroline deejay and to challenge the Government in 1967. You were an amazing man."

Although pirate stations were outlawed in 1967, Caroline continued to broadcast from ships until 1991. The station was revived on medium wave in 2017.

Caroline CEO Peter Moore said: “A clever man, sometimes verging on genius. Eccentric of course, sometimes unscrupulous, but suddenly kind and warm hearted. A rogue maybe, but a charismatic and loveable rogue. He will be missed.”

Farewell to Radio Caroline founder Ronan O’Rahilly, The man who made the impossible possible and changed radio forever. Thanks Ronan for the incredible experience of being a Caroline deejay and to challenge the Government in 1967. You were an amazing man. https://t.co/xqHC2wW8kU

Very sad news. RONAN O’RAHILLY, Founder of Radio Caroline, passed away today aged 79. A great man who changed the face of popular music. We are currently airing a tribute our main channel. pic.twitter.com/g6RTdZWwEL

And so the legendary Ronan O’Rahilly has passed away at 79. Had the honour of meeting him with my friend Robbie some time ago. #RadioCaroline pic.twitter.com/ppqof9BhnM