U2 At The BBC: Producer Guy Freeman on the series' success so far 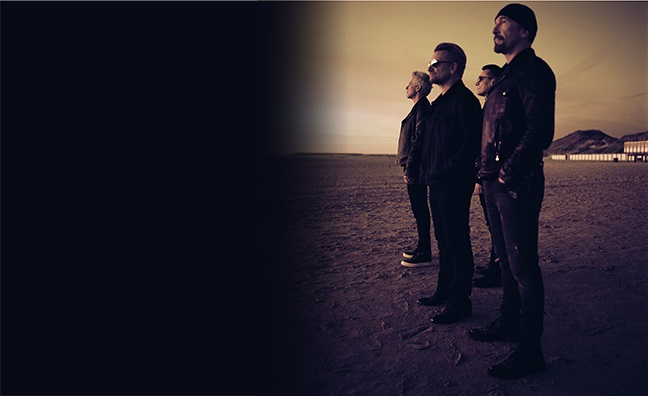 BBC Studios' Guy Freeman has discussed the success of the At The BBC series ahead of tonight's U2 special.

Recorded at Abbey Road Studios and produced by BBC Studios, the one-hour show is presented by Cat Deeley and will see the band perform hits alongside tracks from their new album Songs of Experience, as well as discussing their career. It will air on BBC One at 9pm.

U2 At The BBC is the latest in the music series following recent shows on Sam Smith and Harry Styles. The shows kicked off in 2015 with Adele At The BBC. Michael Bublé At The BBC was broadcast in 2016.

Freeman said there was a common thread that linked the stars. "It [features an act that] perhaps hasn't been on TV a great amount in the recent past, so there's a degree of they feel slightly unattainable," said Freeman, BBC Studios editor, special events and formats. "They have got to be standout performers and they've got to believe that they are comfortable in that kind of environment.

"U2's a really interesting case in point - when have U2 ever, ever sat down to make a 60-minute TV show? Many artists don't really go into that world, they're used to TV coming in to their world of stadium tours. It's not often that you can get them to almost scale themselves down to come into TV world."

U2 also allowed TV cameras special access backstage as they prepared to perform at the Morumbi stadium in Sao Paulo, Brazil last month. The venue hosted the final date on The Joshua Tree Tour 2017, which saw the band play to over 2.7 million people at 51 shows across Europe and North and South America.

"You've got to do certain things for TV," added Freeman. "If I'm a big artist and I'm doing a concert, it's only my fans who buy tickets to that and they're a captive audience for the night. If I go on TV, it's not just my fans watching the show, so you've got to work harder to engage that audience. That's why simply sticking an artist in a TV studio or a venue and making them sing 10 songs doesn't make a TV programme.

"With At The BBC, we are trying to find ways to show viewers another side of artists - humanise them, for want of a better term. Most music appearances are wrapped up in another show, come on, do a song, go away. So allowing those artists to show more of their personality, alongside big hits and exclusive new stuff, is the mix."

A clip from Adele's At The BBC show, broadcast to coincide with the release of her third album 25 in November 2015, which featured her posing as an Adele impersonator called Jenny, has been viewed more than 63 million times on YouTube.

Freeman said the ambition of producing further viral moments was of secondary importance to putting on a high quality TV show. "We want to make an amazing 60 minutes of telly but, what's happening across TV, is that you're looking for the nugget-sized bits of any show that you can turn into stuff that lives on YouTube and beyond.

"If you set out in your head to make a viral TV, you're not going to make a coherent show. If you just try to make a great show and there are some good bits in it, then you just clip those up and see what happens."