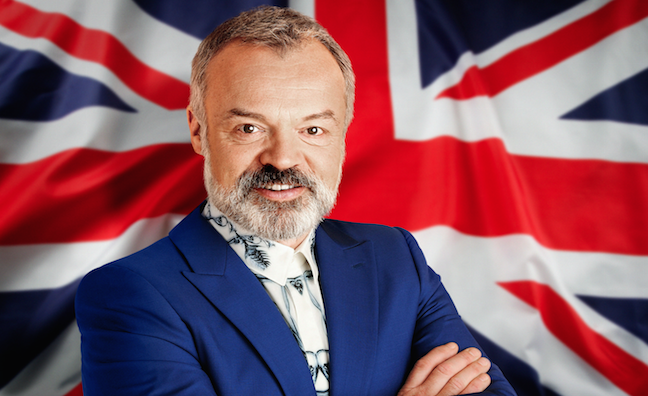 Saturday night sees the 62nd edition of Eurovision head to Ukraine, as audiences around the globe ready themselves for the biggest and glitziest song competition of the year. And, while there will no doubt be madcap performances, kitsch costumes and wry commentary aplenty, many believe there is still serious business to made from what is currently the most watched live non-sporting event on the planet. Music Week spoke to Guy Freeman, editor, special events and formats at the BBC to find out why the UK music industry is missing a major opportunity by not embracing the annual pop extravaganza…

How big a draw is Eurovision these days? Does it still generate the same kind of audiences as in previous years?
The Eurovision Song Contest is the most watched, live non-sporting event in the world.  Both in the UK and across Europe, it hasn't just continued to rate on par with the biggest TV shows of the year but has impressively grown its share of 16-34 viewers to well over 40%. The show also performs incredibly well with under-served and diverse viewers.

What were the viewing figures for last year, and do you think you can top that figure this year?
The average audience across the show was a very healthy 7.2million/38% share, with a peak audience of 8.8million/63% share. It would be folly to predict any viewing figure for this year but there's absolutely no reason to suggest it won't perform well again. At this time of year, factors beyond our control, such as weather, can make a difference to how many people are inside with the TV on or out and about. However, as the evening progresses, more and more people get drawn in and the viewing peak is always in the final hour, as the voting unfolds.

Why do so many people continue to tune in when the chances of a UK act winning seem so slim, due to the nature of the voting system?
People tune in to watch a fascinating, spectacular and often surprising entertainment event that they know millions of others across Europe are all watching at the same time. The sense of occasion, ritual and shared experience is a big draw in itself and people love reacting to every moment of it with friends, family and on social media, where it creates massive spikes of activity. A previous high, of 50,000 Tweets per minute when Conchita won in 2014, was surpassed last year by Ukraine’s win which triggered 73,000 Tweets per minute, totalling over 7 million. We know too from audience research that people love Graham Norton's perfectly judged commentary. The combination of his genuine affection for the contest and his razor sharp wit make his well-chosen words an unmissable part of the night for many.

Is Brexit likely to make the UK entry even less popular than usual?
The voting is a 50:50 split of music professional juries - watching the Friday night dress run - and the viewing public on the Saturday night. They will react to what they see and hear on screen and I would never underestimate the emotional power of a great live performance to win people over and motivate them to vote. It's an entertainment show.

Will you be bringing anything new to coverage of the show this year, such as red button or app/social media features?
Every year we like to evolve elements of our TV, radio and online/social coverage of the two two-hour semi finals and the three and a half hour Grand Final.  The rate of change is of course fastest in social media, which means, for example, that our brilliant digital team are likely to do more with Facebook Live this year and also create more video content over the 10-day rehearsal period in Kyiv to share across a variety of platforms. Fans are always hungry for additional material and we aim to provide that. The area in which we can really innovate, and have done over the last couple of years, is in the way we find our UK entry. Thanks to the involvement and dedication of Hugh Goldsmith, working with our producer Helen Riddell, we are reconnecting with those in the music industry who are open to the opportunity that Eurovision presents. As a result, we had six bespoke songs performed live at Hammersmith Apollo, on BBC Two in January, with viewers and a professional jury voting for their favourite.

Despite the rankings of the songs on the night, how big an opportunity is Eurovision for British artists to introduce themselves to a significant international audience?
Justin Timberlake was no fool when he launched Can’t Stop The Feeling! in last year’s final and I’d argue that for any great singer with a great song, a chance to reach 200 million people is not to be sneezed at. But beyond that three-minute moment in the final, there is intense interest in all of the entries from the moment they are revealed in February/March through to the Final in May. The media pick-up on the UK entry is enormous; there are invaluable opportunities for a performer to make their mark.

Should the music industry get more involved in Eurovision due to its vast international platform? Is the music industry missing a trick?
Yes please. I think it's very easy to misunderstand Eurovision or to cling on to old perceptions. I’d urge anyone who hasn’t done so to take a fresh look at how ambitious and slick it has become in recent years. Our entry needs to stand out on that stage for all the right reasons, and whilst we continue to do everything we can to support the process of creating songs, matching them with outstanding live performers and staging them as creatively as possible….we can’t do it without the music industry backing the writers and performers who they know are up to the job.

Could Eurovision be an effective way of breaking new UK acts?
It certainly can be a way of breaking either new writers or performers, because there is everything to gain. The only caveat I’d add is that the demands of performing perfectly every time in a massive venue, on live TV and handling the immense media and fan interest, over a period of time, means that it is definitely more suited to artists with some TV or live performance experience to draw upon.

What can be done to change the perception of Eurovision as a novelty?
I think it’s more a question of getting people to accept what it is and to embrace it. Whether it’s your cup of tea or not, you can’t deny its huge popularity and enduring success. Sweden, for example, is passionate about the contest and its series of selection shows - Melodifestivalen - is both big on TV and within their music industry. Most importantly though, Eurovision has music at the heart of it and that is something we should definitely take seriously and celebrate in equal measure.

The UK’s entry for Eurovision this year is Lucie Jones with her song Never Give Up On You. BBC One coverage starts at 8pm.

The show will also be broadcast live on BBC Radio 2 by Ken Bruce, who also told Music Week why he believes the UK is “missing a trick with its approach to Eurovision”.