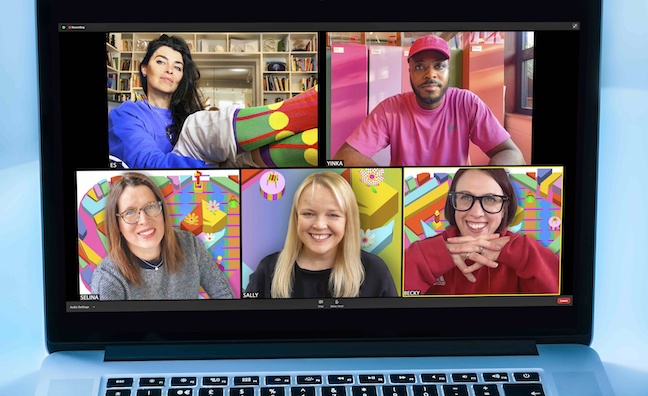 The BRITs has a pair of showrunners this year: Universal Music UK’s Rebecca Allen and Selina Webb.

According to organisers, the 41st edition of the ceremony will go ahead at The O2 Arena and be screened on ITV, even if there is no audience (details of the show itself are yet to be confirmed).

For this year’s edition, the BRITs Committee, which is made up of representatives of major and independent record labels, will lead in "a collaborative fashion with more of a community feel", according to a statement. At the helm will be Rebecca Allen, president, EMI Records, and Selina Webb, executive vice president of Universal Music UK (and, of course, a former editor of Music Week).

The team also includes BRITs TV executive producer Sally Wood. Creative direction and design on this year’s show will be led by Es Devlin and Yinka Ilori. Devlin and Ilori will also co-design the BRITs trophy this year, adding their interpretation to those of previous designers including Tracey Emin, Zaha Hadid and Sir David Adjaye.

In a joint announcement, Rebecca Allen and Selina Webb said: “However the world is looking come May, our ambition is not for a ‘normal’ BRITs but a show which truly reflects the spirit of the past year. Working alongside the 2021 BRITS Committee, we have an exceptional creative team with Sally, Es and Yinka to deliver the best and most exciting show possible – a BRITs about collaboration, culture and community as well as a celebration of some of the brilliant music which is helping us all through.”

During a well-received edition last year, artists and their teams took over creative control for the evening. However, 2020 BRITs chairman David Joseph revealed to Music Week after the ceremony that he would not take on the event this year.

The new team have been spending time working on new ideas to evolve The BRITs, both during this pandemic year and further into the new decade. With a standing commitment to refreshing the Voting Academy annually to ensure the most relevant and diverse experts deciding upon the shortlists, this year will also see the categories shaken up to reflect diversity in the music industry.

Further 2021 campaign details and award categories will be announced shortly with each element of the show under review. This year The BRIT Awards with Mastercard will also be looking at ways to champion the work of those in the wider community.

Organisers have also issued an update on the BRIT Rising Star Award, which launched in 2020 and was won by Celeste – now a No.1 album artist.

The Rising Star Award – a new iteration of the Critics’ Choice BRIT – is chosen by a specially selected panel of music editors, critics, heads of music at radio and TV stations, tastemakers, songwriters, producers and live bookers who regularly work with new rising talent.

Voting for this award will take place between February 24 and March 5. Given the change in the BRIT campaign timing this year, the eligibility period for artists runs from January 1, 2020 to February 28, 2021. Artists will only be eligible if they have not yet achieved a Top 20 placing in the albums chart, or more than one Top 20 placing in the singles chart, up to the end of February this year.