'We're excited for their new chapter': Erin Mills and James Paterson made directors at Listen Up 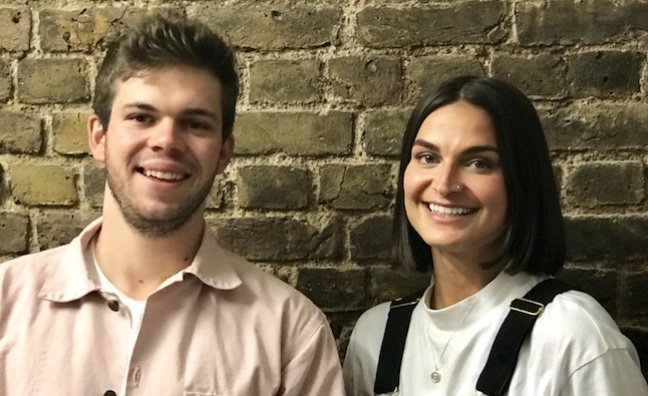 Erin Mills and James Paterson have been made directors at music promotions company Listen Up with immediate effect.

Paterson joined Listen Up in August 2011 as an intern, and was appointed national radio manager in 2013. As well as working on records such as MK’s remix of Storm Queen’s Look Right Through, he oversaw campaigns for artists such Swedish House Mafia, Wiley and Avicii.

Following his promotion to head of national radio in 2014, Paterson led campaigns for Mercury-nominated J Hus, Sigala and Disciples. New talent on the roster for 2018 includes Nadia Nair, Oscar #Worldpeace and Headie One, alongside releases from established artists MK, Martin Solveig and Marshmello.

Mills joined the company in May 2012 as an intern within the press department. She worked her way up the ranks and took the role of head of press in 2016.

As well as managing a team of 14, she has worked on campaigns for clients such as Snakehips, MK, Gorgon City, Eats Everything, Jamie Jones, Martin Solveig, Chad Hugo and Hotel Es Vive during her time at the company.

“Myself and James are very happy to announce that we’ll be making both Erin and James [Paterson] directors at Listen Up,” said founder Luke Neville and partner James Mack. “Erin and James have both been with us for six-plus years and ran their respective departments for over two years with great success. They are very much part of the Listen Up fabric and we’re excited for their new chapter.”