'We're really proud of the show': BBC Music's Jan Younghusband on the future of Sounds Like Friday Night 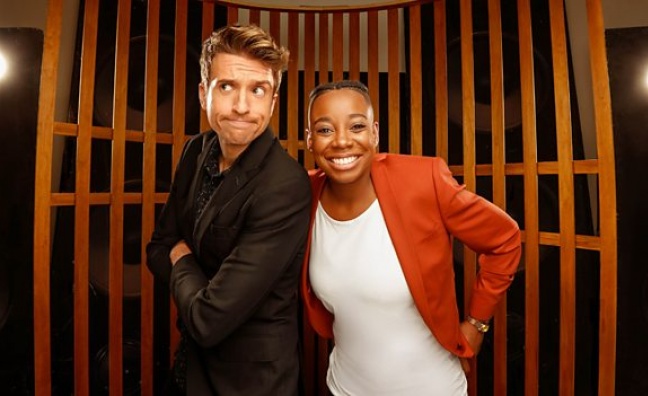 The BBC One primetime music show, which is made by Carpool Karaoke producer Fulwell 73, opened with overnight ratings of 1.7 million for the first few episodes – slightly down on the first run’s 2m average.

The second series did edge up and finished on 1.8m for the fifth and final episode, which featured a line-up including Kylie Minogue, Florence + The Machine, Naughty Boy and David Guetta. While the BBC has not released iPlayer figures for the series, Younghusband suggested that SLFN has “grown”.

“We’re really proud of the show, it’s quite a nerve-wracking thing to do to start a live music show on BBC One but it’s grown and the audience love it,” said Younghusband. “It’s designed for the younger audience and it’s important that we do make music for them. We’re pleased with how it’s grown, especially with the last run, and we’ve been listening to our audience and that’s really worked to grow the show, giving them what they want.”

While the BBC has not formally announced that the show’s been recommissioned, Younghusband sounded optimistic about a return.

“We’ve been discussing when to bring it back, what’s the best window for it,” said Younghusband. “We want to make sure it’s in the right place.”

As co-host of the TV series, Greg James’ move to Radio 1’s Breakfast Show this autumn could also help to raise the profile of SLFN, assuming he remains as a presenter.

Younghusband said that she and BBC director of radio and music Bob Shennan had been “making great efforts to get live music back on BBC One”. As well as the

At The BBC specials with Sam Smith, Harry Styles and U2, the BBC’s main channel aired two-and-a-half hours of Biggest Weekend coverage including Ed Sheeran and Taylor Swift.

Younghusband also stressed the importance of the BBC helping to support new talent across its platforms and its relationship with the music industry.

“The BBC has an important role of curatorship, so you’ll come to see your favourite artist and then alongside that you’ll find somebody that you didn't know about, so in that sense the BBC has a really important role in introducing new talent,” she said. “Obviously through BBC Introducing, we support a lot of talent. That’s how all our shows work really, both Sounds Like Friday Night and Later… With Jools Holland, you come to see the people you love and then here’s a new one.

“The BBC’s role in curating that has been very important, the expert knowledge of the industry and who’s coming through. And also, not least because of our relationship with the music industry to deliver these artists to the audience. The industry is incredibly important to us in terms of working with the artists to make sure that we’re delivering the best possible talent to the screen.”

Younghusband confirmed that BBC Music will be covering Latitude and Reading & Leeds Festival on TV this summer, followed by the BBC’s return to Glastonbury in 2019 following the fallow year in 2018.

“We’re very excited to be back at Glastonbury next year, it’s the crown jewel isn't it?” she said.

Read Music Week's armchair review of the first episode here, our behind the scenes report here and find out what the biz wanted from the new show here.