'We've got closer to the listeners': Greg James & Jamz Supernova on radio's lifeline during Covid 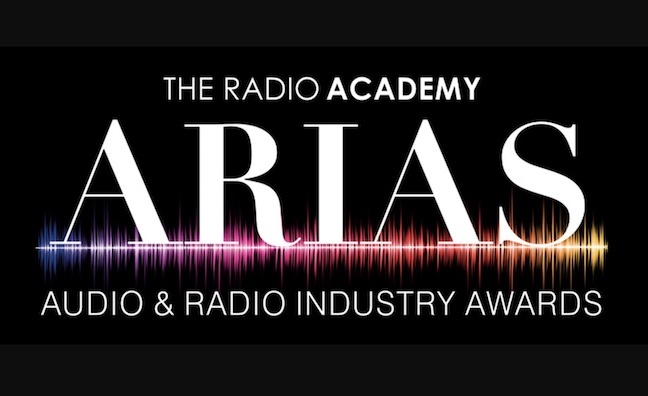 The Audio & Radio Industry Awards will be livestreamed for Radio Academy members from 5.30pm today (May 26). Kiss Breakfast presenters Jordan Banjo and Perri will be on hosting duties for the 25 categories.

Nominations range from Yungblud, whose Radio 1 podcast is up for Best New Show, to independent stations such as NTS.

Bauer has been nominated across several categories, including nine nominations for Absolute Radio, as well as a nod for the Kiss Breakfast duo.

While there have been no RAJARs for the past year, radio has seen a significant boost during the pandemic. Radiocentre said that 35% of commercial listeners are listening to more radio than before. According to the BBC, streaming of its radio stations has risen by 18%.

Here, nominees Jamz Supernova and Greg James react to their nominations and discuss the power of radio during the pandemic…

Why is the ARIAS important for the radio industry?

Jamz Supernova: “I've never been nominated before. I always knew that, in my career, it was something I wanted. I used to work in production, so I knew about it when it was called the Sonys. It was such a big deal when 1Xtra won for the Breakfast Show and Station Of The Year, so it’s always been on my agenda. They don't really have many awards shows for radio.”

Greg James: “Radio is beautifully unglamorous and that's its appeal – that's why I like it and that's why the listeners tend to like it. So I don't think it would be truly in keeping if we had a BAFTA-style event. But it's really nice to celebrate the thing that we all are completely obsessed with. As a radio nerd, it's really surreal that I get nominated for these things every now and then. It’s a very vibrant industry, particularly with podcasts, and it's important as well – lots of people rely on it for information, music and fun. Yeah, any opportunity to shout about how great radio is, I will take it.”

How does it feel to be nominated alongside some huge names?

Greg James: “It’s definitely odd. I've been on Radio 1 for a while – I guess I'm one of the senior people at Radio 1 now. But then when you get put in the ARIAS category with Chris Evans, you're like, ‘Okay, there's a long, long way to go’. He’s been a big part of radio for more than 30 years.”

Jamz Supernova: “It’s an honour to go up against Gilles Peterson. If I lost to him, I would bow out gracefully. He sets the tone for what specialist radio can be by not having any boundaries or parameters. Listening to his show definitely inspires the radio that I make. In a weird crazy way, I’ve been nominated twice in the same category – the 1Xtra show and for my work with the British Council with Selector Radio.”

How have you been helping to support artists during the pandemic?

Jamz Supernova: “In terms of our musical offering on 1Xtra, it's definitely the leftfield of Black music. That’s quite deliberate, we wanted to showcase all the other sides of Black music throughout the show. So the nomination feels like a validation that we're doing the right thing. I know that the team work really hard to make great radio.

“From the Selector Radio side of things, this is a radio show that's been going for 20 years. It’s been a bit of an underdog. So to get the nomination, for them it’s like, ‘Finally, people know what we do now.’”

Greg James: “Music is the most important thing to get right. Playing the right song at the right time really helps people. We've been very mindful about Tune Of The Week and picking a song that can tell a great story throughout the week, as well as championing the right artists. It’s bizarre that there are so many brilliant new artists that haven't really done a tour. It will be very exciting when things open up. We will have the roaring ’20s, or the sort of scuzzy gig version of that when [live] comes back. People will want to go out and see these people that they've been relying on and listening to throughout the pandemic. I'm excited for the artists as well. It's going to be mad for them to suddenly have to go out and tour, and work out what it's like to actually have fans and deal with all that stuff.”

How important has radio been for listeners during the pandemic?

Greg James: “We've got closer to the listeners this last year or so. I got to know them better and they've got to know me better, because that tends to be what happens when your friends go through a bad time. We’ve got a shared experience of a fucking nightmare, which is the last 15 months on earth. Yeah, I think the bond is definitely stronger, and it feels like even more of a privilege to get to do the Breakfast Show during a pandemic. What's been really lovely is that people have realised [radio’s] importance. I've certainly realised that I rely on radio and podcasts a lot.”

Jamz Supernova: “I think it’s been a real lifeline for people. Everyone has been cooped up indoors, so many people were isolated and literally on their own. It reminds people of all the elements of radio that you don't really get from streaming or playlists. It reminds people of that personal touch that you can get from radio – the feeling that we’re all in it together.”