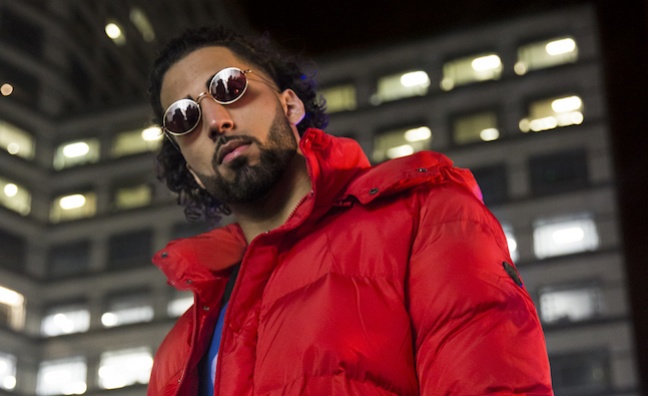 BBC Asian Network controller Ben Cooper has told Music Week that its annual live event is a “landmark moment” for the station.

Asian Network Live 2019, the fourth edition of the station’s music event, is staged at Arena Birmingham on Saturday (March 2). Acts include B Young, F1rstman, ADP, G Sidhu and Indian-born US singer Mickey Singh, who will make his first UK appearance.

“We’ve sold tickets faster than ever before,” said Cooper, also controller of BBC Radio 1 and 1Xtra.

After two years at the Eventim Apollo in Hammersmith, Asian Network Live moved to Birmingham last year. The sold-out show will be aired on Asian Network and Radio 1.

“It’s the landmark moment where you can cut through, that’s why we’ll be simulcasting it on Radio 1 [and Asian Network] just to give it the bigger, wider audience and that spotlight and heat.”

In the latest issue of Music Week, Cooper acknowledged that Asian Network’s 20.3% year-on-year fall in ratings to 527,000 in the Q4 RAJAR figures was a setback as he targets growth. But he said 90% of departing listeners were over 30, while social media followers have passed one million.

The BBC Radio team has met with labels to underline the power of the station for artists.

“We’ve seen an increase in its creative ambition with Asian Network Live in Birmingham,” said Cooper. “It’s increased its relationships with the music industry. I want Asian Network artists to be given the promotion and given the love by the station, and then for that journey to take them to the Radio 1 playlist eventually and to break through into the mainstream into the UK.”

Cooper said the station has a line-up of on-air talent to rival other networks.

“With the Asian Network, we’ve been through a year of change looking for brand new talent that we think will be the stars of the future, that is part of our role as a public service broadcaster,” he said. “You look at Harpz [Kaur] on breakfast and Yasser on Drivetime, two incredibly talented young Asian broadcasters who can easily transfer their skills to the mainstream in the future.”

To read the Music Week interview with Ben Cooper, subscribers can click here. The Q4 RAJAR analysis feature is here.