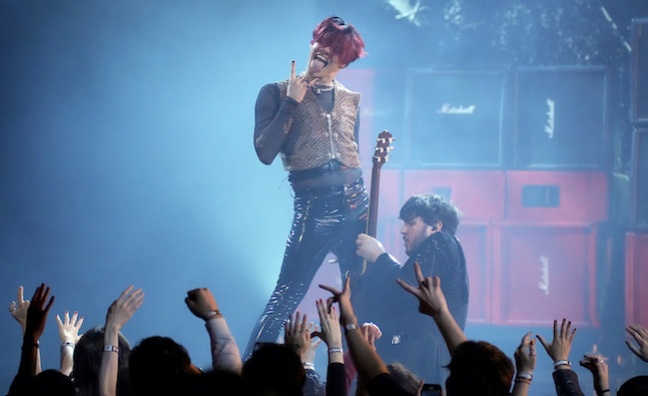 BTS were the big winners at the MTV EMAs in Budapest.

Yungblud picked up the award for Best Alternative.

“I would like to say that this award is a tribute to individualism – this is an award for the 13-year-old boy from the north of England who was absolutely terrified to be who he was,” he told the audience at the Papp Laszlo Budapest Sports Arena. “If you are out there and you feel like you cannot be who you are, you can be. Keep fighting. Keep being brilliant.”

Little Mix, who have just released their Between Us collection, won the UK and Ireland regional category.

Kim Petras made history as the first trans artist to perform at the EMAs. There were also performances by OneRepublic, Maluma, Imagine Dragons, Maneskin, Griff and Girl in Red. Yungblud closed the ceremony with a rousing rendition of Fleabag.