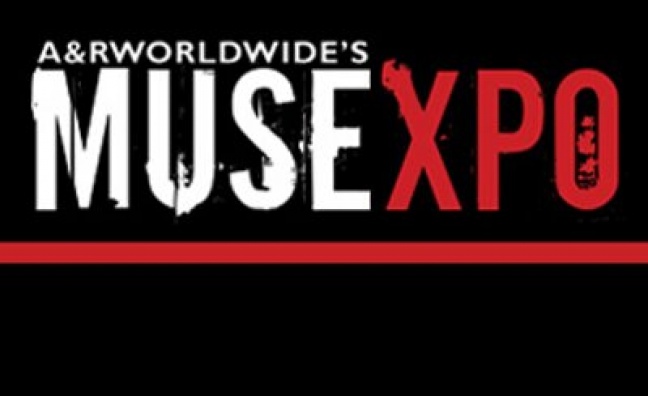 By Emmanuel Legrand and Mark Sutherland

The MUSEXPO conference wrapped up with a day focused on the world of synchronisation.

An expert cast assembled across multiple panels to look at the issues affecting music in films, TV shows, trailers, video games and advertising – and how to get your music placed on those platforms.

The day began with a music supervision panel, hosted by Music Week’s US editor, Emmanuel Legrand. There, executives discussed the potential for a well-placed sync to break an act – although they warned that was not their primary focus.

“Our job is to get the right music for the show,” said Go! Music Services president Gary Calamar. “I don’t pick a song because I think it will get retweeted or get 10,000 Spotify looks.”

On the following games, trailers and movies panel, Richard Glasser – executive in charge of music film/TV at the Weinstein Co – warned the audience of making sure that rights are effectively cleared.

"It is very important to clear the process," he said. "You don't want to use a track and suddenly two songwriters come out of the woods."

Mary Ramos, music supervisor at Saturday Music, who works extensively with Quentin Tarantino, said that while with some projects, music starts at a pre-production stage, most of the time, music comes late in the process. "Usually, I am the last person involved on a project, and then I tend to be the last one to leave," she said.

Getting a sense of how much production companies are ready to pay for a song proved almost impossible. Lindsay Fellows, music supervisor at Red Bull Media House said that, for feature films, he tends to "look at the music budget as a whole, for score and songs. If you spend all the budget to license songs and then realise you need a score, you will have to go and find more budget."

On the brands panel, Dan Burt, music supervisor and producer with ad agency JWT noted that: "A lot of brands are cautious. The fewer parties are involved, the more likely your music will be used. If there is a song with 10 publishers, we may not use it."

Another message from music supervisors was to be patient and mindful of the people you want to send material to. Daniel Kuypers, director of music at ad agency Energy BBDO said he receives 300-500 songs a week and tries to find two hours a day to listen to music. "There is great music coming out from all around the world so it's worth listening to it. I would not give a good service to my clients if I didn't," he said.

Meanwhile, Mike Knobloch, president, film music and publishing at Universal Pictures, gave a keynote on how music and songs are picked for major feature films, using such examples as the Fast & Furious franchise. Fast 6 used We Own It by 2 Chainz & Wiz Khalifa, while Fast 7 featured the song See You Again by Wiz Khalifa featuring Charlie Puth. The latter was painstakingly constructed as a tribute to actor Paul Walker, who died during filming, and ended up No.1 in 14 countries, but Knobloch stressed: “Getting the tone right was critical. All the stuff that happened later, like having a big hit, came second.”

Knobloch explained that, often, song commissioning is a trial and error process. For the movie Despicable Me 2, there was a happy scene and Pharrell Williams offered up to 10 different songs before he produced a demo of what would become Happy.

Knobloch said: "We got to the part of process when I had to call him and said, We are out of time and either you can come with something or we have to look for other options, like licensing an already existing song. Pharell would tell you that he had to dig dig deep and focus. He went into the studio and came back with a demo of Happy and for the first time we thought, This could work."

The rest, as they say, is happy history.

MUSEXPO was due to conclude Thursday morning UK time with the International Music Industry Awards. Music Week and A&R Worldwide will present MUSEXPO Europe in London in September.