'Cataloguing the evolution of the biz was a privilege': Former Music Week editor Martin Talbot on his time in the hotseat 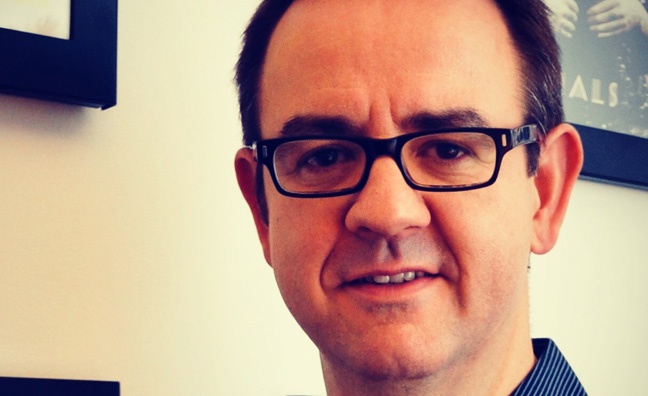 As part of Music Week’s 60th anniversary celebrations, former editors of the world’s greatest music business magazine have been reminiscing about their time in the hotseat.

So far, Steve Redmond and Selina Webb have talked us through the ‘90s boom years. But what was it like to edit the title when the music biz was in its transition phase, beset by piracy and falling sales?

Martin Talbot knows. Now CEO of the Official Charts Company, he helmed the title between 2002 and 2007, overseeing the industry’s shift to digital – even if it took the biz a while to adjust to the changing climate.

“When I first joined Music Week as a reporter in 1990, it was from the relative tranquility of the Hackney Gazette frontline. Three years as a reporter covering East End crime and politics (one year saw a murder every 10 days on our patch) was certainly excellent preparation for a spell at the music industry coalface - the BPI-MCPS tribunal battle and George Michael’s face-off with Sony Music lighting up the first half of the ‘90s.

At that time, MW was on the up - a proper, spiky music biz tabloid, channelling the youthful mischief of a certain Steve Redmond, with Selina Webb as features editor, Nick Robinson as news editor, Leo Finlay as A&R editor (God rest his soul), the likes of Chas De Whalley and Duncan Holland showing us youngsters the ropes (some lessons took place in the pub).

By that point, new albums were still being sent in for review on vinyl and CD was still a relative novelty - oh, the excitement when The Immaculate Collection promo CD arrived in the office. By the time I left in 2007, the shiny disc was in decline and links to watermarked streams were starting to arrive in reviewers’ in-boxes.

Formats were certainly a big deal. Sony and PolyGram fought a vicious war to introduce the *next* big format. Occasionally, today, I will pull the DCC (Digital Compact Cassette) cartridge from my desk drawer to the wide-eyed wonderment (and disdain) of my younger colleagues - and regale them with stories of the MiniDisc shop that Sony Music opened next to their office in Great Marlborough Street. A shop selling nothing but MiniDiscs… No, really. I confess, I never saw a single customer in there.

Of course, these were the years of wine and roses. Every record company had a mahoosive sales conference every autumn to unveil their latest priorities. On one occasion, about a dozen of us trade journalists were flown to the US west coast to see a Telstar priority play Las Vegas one day, Los Angeles the next. Remember BB Mak? (Thanks Jeremy, thanks Andy)

Certain record shops were cathedrals celebrating the glory of music - as legend had it, HMV Oxford Street accounted for 2% of the total UK market at its peak, 5% being mopped up by the two HMVs, Tower Piccadilly and Virgin Megastore in London’s West End. HMV staged their own annual conference too, in Brighton, Birmingham, Dublin and later even La Manga, with the likes of Van Morrison as the invited performers.

But that makes it sound as if the halcyon days are past. Wrong. I was always a proud trade hack, right through to my five years as editor and executive editor - and cataloguing the evolution of the business was never a chore, always a privilege. In an era of almost constant flux (such as we are living through today), that privilege is greater than ever.

In the ‘90s, the idea of any magazine celebrating 40 years was fairly gobsmacking. Sixty years is simply extraordinary. Viva Music Week!”