Executive stress: Why the modern music biz needs to cope with the social media spotlight 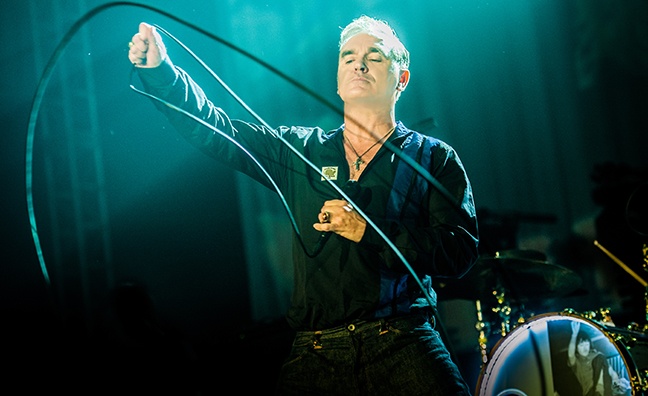 Most modern music executives don’t seek the limelight in the way that, say, Tony Wilson, Alan McGee or Simon Cowell once did.

But sometimes the limelight – or more accurately, the harsh spotlight – finds them anyway.

Last week was a big week for execs being splashed over social media. Scooter Braun is probably used to it by now – although the more low-profile types at Shamrock Capital might have been less prepared to find themselves the subject of a Taylor Swift social media post.

Of course, having exhausted all other avenues in the ongoing saga of ownership of her master recordings, and having now been scandalously cut out of two deals for her own music, Swift has an understandable and absolutely legitimate reason to use her profile to highlight business decisions that have a major impact on her fans and career.

But that's not always the case. Morrissey was also at it again last week, claiming “a new BMG executive” had dropped him, although BMG politely notes that, in fact, his contract had merely been completed and wasn’t being renewed. Having stuck by the ex-Smiths frontman throughout his contract, despite regular furores over his comments, presumably BMG would rather focus on Russell Watson's more positive view of its work.

And it's not just the artists. Increasingly, music companies can find themselves the target of misdirected pop fandom ire for reasons that aren’t immediately obvious to anyone who doesn’t speak fluent meme and emoji.

All of this, plus the movies’ obsession with casting the music business as the bad guy in every rock biopic, is giving the industry’s creative contribution a bad rap. In a week when oral evidence to the DCMS Committee investigation into streaming begins, that might matter.

Because while it's understandable that artists are finding their voice over the industry's inequities, there are few artists out there who could truthfully claim to have made it without the essential assistance of at least one from the label-manager-publisher triumvirate. That’s why Jon Bon Jovi – a man who knows a thing or two about surviving in the music biz – recently told Music Week he would welcome more intervention from his label, not less.

Nowadays, people rightly expect labels to be “artist-friendly” (although no one ever asks Morrissey to be “label-friendly”) and the vast majority are. But part of being a friend is to tell people the truth, and point out where things could be improved.

In an age where there is more music than ever, and there’s never been a worse time for an artist to just be “pretty good”, the work of execs to improve an act’s chances of cut-through should be celebrated, not denigrated.

Just remember, wherever the spotlight might lead, the music industry’s best work is often done in the shadows.