'He lifted up the scene': Matt Ross reflects on the legacy of Richard Antwi 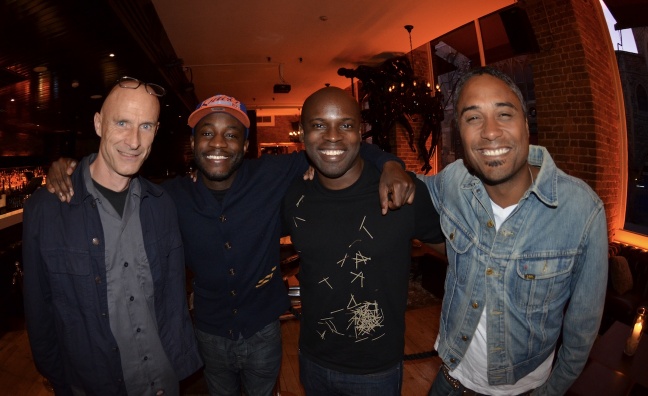 This year marks the fifth anniversary of the death of the lawyer, music manager and entrepreneur Richard Antwi, who found success with a range of acts including Lethal Bizzle, Tinie Tempah and Wretch 32. As applications open for the 2021 edition of the Richard Antwi Scholarship, Matt Ross, a key part of the team, writes for Music Week about the impact Antwi had on the industry, and how his legacy can live on for generations...

The five years since the passing of my friend Richard Antwi have given me much time to reflect on the future, the past and the importance of legacy.

Initiatives seeking to address inequities and issues of social justice within the music industry did not start with the murder of George Floyd, but the reverberations and visibility that this moment of clarity provided – as nonchalant as it was brutal – are enormous, and present an opportunity to create something positive from a deeply painful event.

It is critical that the energy inspired by this event – which is not without precedents – is channelled into actions that impact lives positively, and which create tangible and lasting change.

Bringing greater clarity to the past helps us understand the present, and better plan for the future. The importance of recognising and acknowledging individuals for their contribution and impact, is difficult to overstate – you can’t be, what you don’t see – and there are few more inspiring role models than Richard Antwi, whose passing in 2016 was as tragic as it was unexpected, but which served to amplify rather than extinguish his inspirational quality.

In his eloquent and powerful eulogy at the 2017 Rated Awards, Twin B shared his first encounter with Richard – already an accomplished lawyer, having successfully navigated Oxford University without blunting his instincts and understanding of the cultural context from which he came – recounting his first words; a succinct and sincere opener, which would come to define how so many would experience Richard. He simply said ‘How can I help?’.

Richard helped so many, giving time and counsel freely to those in whom he saw potential, lifting up others so that they could succeed, it was a rare quality in this exceptional man. He played a major part in lifting up the scene and we loved him for it.

Richard’s natural forte was to identify talent and to support. This quality provided a focal point for the group of friends who came together in the wake of his passing to galvanise the reservoir of good will, to continue his legacy.

Founded in 2016 with the support of the three major record labels; Sony Music Publishing; Young (formerly Young Turks); XL Records; Beggars Group; Hoare Associates; Clintons; Modest! Management; and, the University of Westminster, the Richard Antwi Scholarship is awarded to support study on their Music Business Management MA course and comprises full course fees; a bursary; mentorship; and, assistance with work placement aligned with the scholar’s professional focus. The course is widely regarded as the most effective bridge between academic study and the business of music, and one to which Richard contributed periodically as a guest speaker and mentor.

Richard helped so many, giving time and counsel freely to those in whom he saw potential

The central idea was to support talented individuals from Black and minority ethnic communities on their journey into the music business and to be future industry leaders, creating pathways for communities that make substantial creative contributions, but remain under-represented in senior roles throughout the industry.

Jojo Mukeza was an inspiring and worthy inaugural recipient. Currently employing his prodigious creative talents under the tutelage of Richard’s one time business partner – Twin B – at 0207 Def Jam. Jojo was followed by Esther Bokuma (aka Estee Blu) and Daniel Beckley (associate scholar) who are at Universal Globe and Universal Music Publishing respectively. Each scholar bringing something different to the table and following different pathways into the industry. Isatta Cesay (associate scholar) will graduate this year, after completing the MA over two years part time.

Following a Covid-induced hiatus for new applicants in 2020, the Richard Antwi Scholarship has opened applications for 2021 entry, with virtual open days scheduled for May 8 and June 12, full details of which and sign up can be found at richardantwi.org.

The scholarship seeks to identify and support excellence and personal potential, much like Richard did, providing pathways when they are absent. As such, a first degree is preferred but not essential if the candidates have the requisite hustle, sharp instincts and proven commitment to the business of music.

When Richard passed, a mutual friend, Carl Fysh, described him as ‘being quietly at the centre of everything’ – capturing the humility and sincerity that permeated the support he provided to so many over the years. It is this spirit that we, the scholarship team, seek to continue. Paying it forward by supporting individuals who will in turn support others, creating opportunities in communities where they have not always existed, but which are full of talent and potential.

The breadth of industry support from its formation is a testament to the respect and high regard in which Richard was held, it has also been a comfort to his family who have been involved from the outset. This broad foundation to the initiative continues, with some exciting further developments in the pipeline.

Richard left a mark on our lives and future scholars have the opportunity to achieve great things. It’s that word ‘legacy’ again.

As our inaugural scholar Jojo says, “I never got to meet Richard personally, but I am receiving the seeds that he sowed in the industry, culture and spaces that I move in as a young black man and for that I’m so grateful.”

If you have the drive, passion and commitment to make a contribution and the scholarship feels relevant to you, or someone that you know, please share and forward details of the virtual open days, or get in touch through the website at richardantwi.org.