'It changed my life': Former Music Week editor Selina Webb on her time in the hotseat 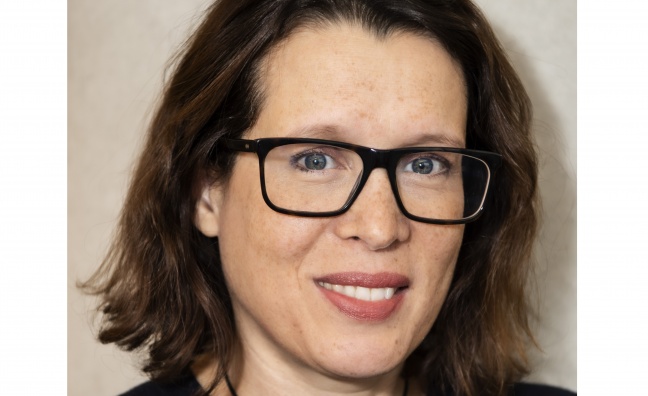 Our special 60th anniversary edition, available now, charts the story of the music business from the 1950s to the 2010s, while a host of legendary names – including all three current major label global bosses, Sir Lucian Grainge, Rob Stringer and Max Lousada – talk about their memories of growing up in our pages.

And, of course, we got four former Music Week editors to tell us what it was like to helm the music industry 'bible’ during their era. Yesterday, it was the turn of early ‘90s boss Steve Redmond, but today we turn to Music Week’s first female editor, Selina Webb.

Webb – now executive vice president of Universal Music UK – ran the magazine in 1997 and 1998, when the music biz was still high on the hog of the boom years. Here, she shares her memories of the Spice Girls, Britpop and her own Kill Your Friends-type moment…

“It was the late Eighties when I joined Music Week and, incredibly, the industry bible was still produced on typewriters. On the plus side, Madchester was just hitting its stride and we were in the golden age of hip-hop – there was so much to write, and be excited, about.

When I eventually took the editor’s chair a few years later there was another wave of huge industry stories. Spice mania and record-breaking sales for Oasis’s Be Here Now and Elton’s Candle In The Wind generated headlines around the world, not just for us on the trade mag. It felt like the BBC were on the phone every week wanting a comment on the latest zeitgeist moment.

It was also a time of incredible British albums: in 1997 alone we had The Verve’s Urban Hymns, The Prodigy’s Fat Of The Land and Radiohead’s mighty OK Computer. None of us could quite believe our ears when Tony Wadsworth played it to us for the first time.

Pop had its moments too. Virgin had forensically plotted their launch of the Spice Girls and Music Week were given the first interview. Being introduced to them at the BRITs, I genuinely thought, “Who do they think they are?” which was, of course, all part of the plan. We were along for the Take That ride too (it was hard being professional at their farewell party in Manchester) and being in the front row for Jacko vs Jarvis at the BRITs was a never-to-be-forgotten moment.

The industry was full of big characters and it was a privilege to get to know them all, from Richard Branson to the legendary Maurice “Obie” Oberstein and Factory Records’ mastermind Tony Wilson. In those days the PRs were almost as newsworthy as their charges and most of them are still going strong: the gents Jonathan Morrish and Alan Edwards, the inimitable Barbara “BC” Charone and the ebullient Gary Farrow, who was responsible for the most Kill Your Friends-like moments of my time as editor. Being hypnotised by Paul McKenna in front of the whole Sony team at their annual conference is not an experience I’d wish to repeat. It may or may not have been the same year he closed down Brighton Pier for their after-party.

I’m not sure Mark and his team get plied with quite the excesses that were on offer in those days, but I can’t imagine you could ever be at the helm of a trade magazine in a more dynamic business than ours. And with all the noise today, a trusted news source and champion of the industry’s successes has never been more important.