Lickd's Alex Brims on the next phase of the livestream boom 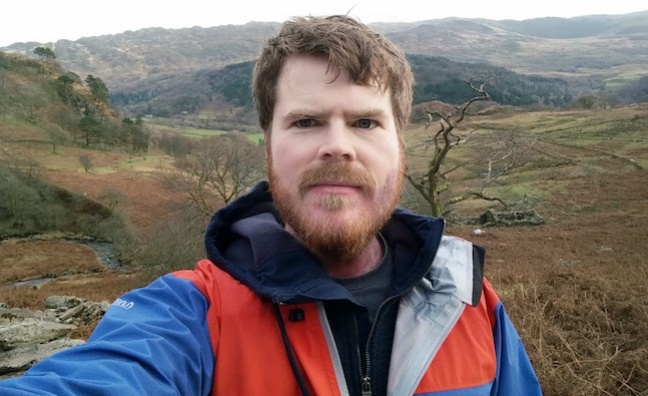 Can being at home ever be a substitute for an actual live music experience? Lickd’s chief technology officer Alex Brims looks at the potential for immersive virtual experiences to complement the return of the live sector…

Like most music fans, 2020 wasn’t my favourite year. Watching every gig that I had tickets for get rescheduled again and again until finally landing in 2022, or just giving up and getting cancelled forever, it was a very disappointing time. Much worse than this was knowing that these musicians that have been one of my main sources of joy and inspiration were unable to get out and perform, unable to bring tables of merchandise to eager fans, unable to get paid.

Even as we optimistically look forward to a future of life returning to normal, we still have another year of no physical Glastonbury, no concerts in Hyde Park, and ongoing uncertainty. Until the safety of live events can be assured, we’ll have to keep on making do with getting our live music fix at home on a screen.

The sheer necessity of livestreaming had an immediate and pronounced effect in early and mid-2020, with the views of music streams on Twitch quadrupling in a few weeks, Google searches for “concert” being replaced with “virtual concert”, and start-ups offering livestream capabilities springing up all over the place.

There’s no denying that livestreams have taken off in a big way: from Dua Lipa’s huge Studio 2054 with an audience estimated to be around five million, to the series of in-game concerts held inside the phenomenally popular game Fortnite, right down to Sophie Ellis-Bextor’s Kitchen Disco sessions, we’ve had plenty of live-ish experiences from which to choose. But the experience is of course very different to an actual in-person concert or festival. Could being at home ever be a substitute for the actual live music experience?

So far, the majority of livestreams have simply been a case of watching a video from home, happy in the knowledge that you’re watching a performance happening live in real time. Social media and chat windows can give us an approximation of a shared experience, but it’s no substitute for the feeling of being in a crowd. There’s no movement involved, no possibility of wandering past a stage and hearing something incredible that’s completely new and unexpected, and no sing-a-longs (at least not in my house). There are many signs that this is changing, and the innovations now being released into the wild have the potential to dramatically change the way that we think about live performances.

Tobacco Dock recently launched a virtual offering of the large-scale club night, where the users are in control of videogame-style avatars and can make them dance, move around the dancefloor, or from room-to-room. Similar to Fortnite, but with the difference that it’s all taking place in a real venue, with the performers integrated into the CGI room. Coupled with the virtual reality systems from MelodyVR and Tidal’s collaboration with Oculus, there’s huge potential for these immersive experiences to grow with new innovations and give us fresh and exciting ways to participate in an event. Livestreams must become a memorable experience for the audience in order to thrive, and there’s still plenty of room here for new ideas and different ways of offering interaction.

There is of course the thorny issue of the artist getting paid for their livestreaming efforts. Superstars with dedicated fanbases will have no problem getting their fans to buy tickets for their livestream events (BTS made an incredible $20m from a single livestream), and while few acts will be able to achieve this, there are plenty of opportunities to earn well from a livestream. From exclusive (or bundled) merchandise and upsold VIP experiences, to subscription models for access to multiple shows and sponsorships.

At the start of this year Live Nation acquired a majority stake in ticketed livestream platform Veeps and promises to “facilitate enhanced engagement” and offer “intimate VIP experiences”. It’s an angle that American singer-songwriter Melissa Etheridge has had great success with, streaming 5 days a week from a newly-built studio in her garage. With about 1,000 subscribers paying $50 per month for access, this has not only given her the ability to connect further with her fanbase, but for the fans to build a community around her livestreams.

The pandemic and the resulting shutdowns caught us all off guard; neither the music nor tech industries were prepared for this sudden, total, shift in focus. It’s been a dark time for many, but the light at the end of the tunnel is growing ever brighter and we have new possibilities presenting themselves. Let’s make it work.