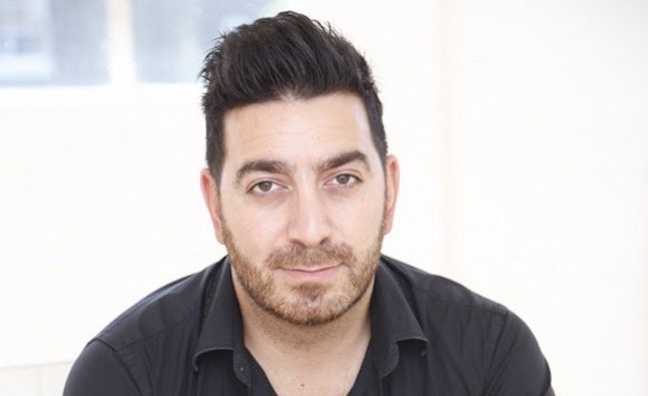 The move has been described by UMPG as “the most significant music publishing agreement this century and one of the most important of all time”. Here, Paul Sampson (pictured), CEO of Lickd - which provides video creators with access to licensed music - ponders the ramifications of a deal that has got the whole world talking...

The acquisition of the Bob Dylan publishing catalogue is a really interesting move. And whilst the move they’ve made in acquiring the rights to an evergreen, legacy catalogue is not an entirely new practice, the valuation of such catalogues is. $300m is an eyewatering number at first glance but it is clear that UMG see a real return to be had in the mid to long term.

Including the writer’s share in the deal is a relatively new move for a major publisher and one to keep an eye on, as this practice will become more and more prevalent in legacy catalogue acquisitions going forwards - but will also help the publisher recoup on its investment quicker.

In the last couple of years, we’ve begun to see a shift to this sort of activity as game-changers like Hipgnosis and Tailwind have acquired high performing catalogue at pace with one eye on the stock market rather than just short to mid-term incremental revenue. What Hipgnosis has done really successfully is highlight the under-valuation of copyright by the music industry itself and convince Wall Street to bet on that upside with them.

It is notable to see a major publisher acting in a similar manner, but not entirely unexpected in the context of a rumoured IPO for UMG in 2022. With that in mind, we should expect to see more of this sort of activity from UMG and, more than likely, the other Major Labels and Publishers also in the short term.

The trick for UMG/UMPG, however, will be in being able to exploit the catalogue to its fullest with an agile team looking for the newest revenue opportunities, revenue drivers and marketing channels - something a challenger brand like Hipgnosis will be entirely focused on but has proven trickier for the behemoths to adapt to quickly, historically.

However, despite criticism of the old-school music industry infrastructure's allegedly outdated ways of working and speculation that parts of it will become obsolete, we are now seeing more and more innovative practices coming from the established music industry as it seeks to continue its evolution in the digital age. For example, both Sony and Warner have made great strides over the last few months to deliver virtual concerts to fans through their partnerships with Roblox and Fortnite.

‘Monetising Fandom’ is more and more of a focus for the industry at large but to really maximise that opportunity, they will be looking first to try and expand the breadth of that fandom. Just look at what has happened to the Fleetwood Mac catalogue amongst Gen Z and Millennials because of a recent trend on TikTok. UMG will be looking to find ways to bring a new, younger fan base to what is undoubtedly a diamond of a catalogue.

Over the next few years, there will be more and more opportunity for rights holders to attempt to monetise fandom with new revenue opportunities like Lickd - maximising the UGC opportunity for them - but also on existing streaming platforms in the west as they try and mirror the success of Eastern streaming platforms that have optimised merchandise sales, patronage and other pro-active revenue and engagement than the somewhat passive ‘listen only’ experience provided today.

If all of that is done right, Bob's $300m will end up looking like a steal in a decade’s time.