'Our best-laid plans were suddenly trashed': Former Music Week editor Paul Williams on his time in the hotseat 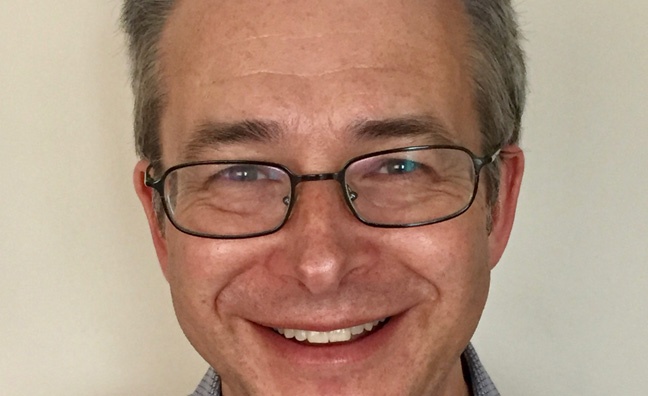 All week long, the music business has been taking a stroll down memory lane through the back pages of Music Week, as we celebrate 60 years of the world’s greatest music business publication.

From Sir Lucian Grainge, Rob Stringer and Max Lousada to Alistair Norbury, Sarah Stennett and Phil Christie, the great and the good of the biz have shared their favourite Music Week moments.

And former editors have talked us through their time at the helm, from Steve Redmond’s raucous early ‘90s to Selina Webb’s wild ride through the Kill Your Friends era to Martin Talbot’s stewardship of the nervous Noughties.

Few, however, faced a challenge like Paul Williams, editor between 2007 and 2011. Not only did Williams – now coming to the end of a stint as VP of communications for Sony/ATV – have to deal with the industry’s shift to streaming, but he also had to cope with the death of Michael Jackson on deadline day.

Here, the former boss talks us through his rollercoaster ride:

“It was only about a decade ago that I became Music Week editor, but that time feels almost prehistoric now given the seismic changes that have since taken place in the music business.

Back then, streaming was a niche that filled a few column inches and we were more preoccupied writing about Woolworths and the other High Street retailers. While a digital-dominated future was starting to take shape, this was a period of real uncertainty for the industry as revenues dropped year after year and managing decline became a new way of life.

No record company more symbolised the challenges facing the business than EMI, which was bought in a multi-billion-pound deal by Terra Firma in the year that I became editor. The takeover looked smart initially, but when the financial crisis hit the following year, it exposed that Guy Hands had severely overpaid for the British major.

As recorded music sales dropped, one bright spot was the live sector and Music Week increased its coverage to reflect this shift in industry power. The recently-opened O2 was quickly established as the world’s most successful music venue and was even able to sign up Michael Jackson for a 50-date residency. Of course, those shows never happened as the star suddenly passed away – with particularly unfortunate timing for this editor.

Knowing the next issue of Music Week was pretty much wrapped up, I confidently made the decision to allow most of our journalists to skip the usual Friday press day so they could attend Glastonbury Festival. However, as the MW team headed to Worthy Farm, news of Jackson’s death broke, which meant most of the pages already written for the magazine had to be ripped up and the skeleton staff of two then faced the prospect of putting together an extensive tribute to the King Of Pop in just a few hours. While the job got done with moments to spare, the staff were told they would be watching Glastonbury on TV the following year!

The Jackson episode typified the kind of challenges you have to deal with running a weekly magazine, when your best-laid plans are suddenly trashed and events take you in another direction. However, I would not swap my time at Music Week for anything. It was a privilege to have served as editor of a publication that I consider to be crucial to the UK music industry.

In my career now working in communications, it remains an essential read to me and, at a time when so much has changed, it is reassuring to know that Music Week is still thriving after 60 years.”