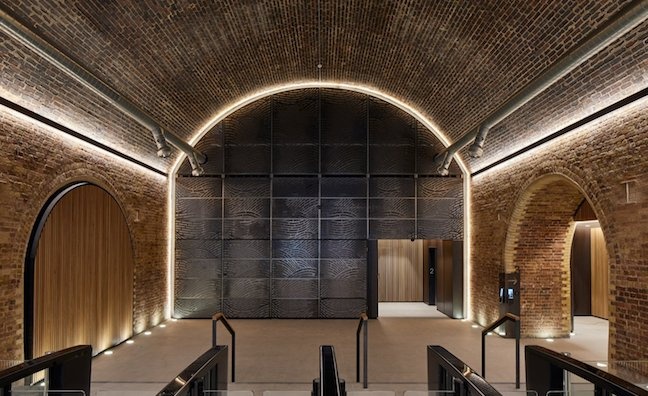 But now, as the money flows back into the industry after years of decline, resurgent labels, publishers and streaming companies everywhere are redrawing the music business map as they look to expand and relocate. Last week alone, Downtown and top law firm Harbottle & Lewis both announced moves to fresh premises.

As regular visitors to music biz offices, Music Week knows the effect relocating can have on a company. And the last couple of years have seen us visiting all manner of new workplaces. Universal’s shift from their shabby block at the wrong end of Kensington High Street to the gleaming new edifices of King’s Cross (not so long ago a district where Fierce Panda was the only label brave enough to be based) seems fitting for a company that is on the move in every sense. Similarly, Kobalt's 2017 move to fancy riverside offices (pictured) reflects the company's upstream momentum (and the new HQ has provided the location for several of 2019's best summer parties).

Sony will soon follow Universal to King's Cross, Spotify’s new London HQ awaits and Warner UK are also rumoured to be considering a move out of the once ubiquitous High St Ken. Indeed, Warner’s new Los Angeles HQ stands out as what can be done when offices are designed with a music company in mind, rather than trying to fit a music company into a more generic space.

The more difficult thing to transport along with the Apple Macs and boxes of vinyl, of course, is a company’s spirit. Warner Records in the US probably benefits from escaping the ghosts haunting its iconic former Burbank HQ, but many is the indie label that’s gone upmarket off the back of success or a big deal, only to find something intangible got lost in the move.

It applies to venues and studios as well. It’s a cliché, but walk around Abbey Road or RCA Studio B and you really can almost feel the rock history seeping from the walls. It’s down to more than a name or even the people – the Marquee Club may have thrived after its first move from Oxford Street, but it was never the same once it departed its iconic Wardour Street location.

The pressure on property prices might be understandably pulling even thriving music businesses away from the old strongholds of West London and Soho to head north and east (or, in the case of PPL PRS, all the way to Leicester). And new history can, of course, be written anywhere. Just remember to pack your company’s soul along with the contents of the stationery cupboard…