Rock and role: Why streaming numbers don't tell the whole truth about rock's impact in 2020 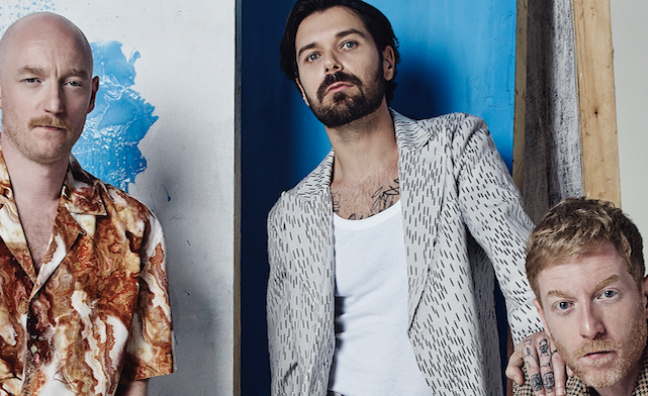 There are a great many lingering assumptions about rock music that are grating. While the classic ‘rock is dead’ theory is the most commonly cited (not to mention the most demonstrably untrue), here I’d rather explore a different one. It’s the belief that, for a good while now, it has been behind the curve of other genres. As explored in the new issue of Music Week, in the unforgiving world of streaming data alone this is true. But the more you look at it, the more you realise how these metrics don’t tell the full story of the role rock has in permeating music and culture right now.

The argument that rock’s influence has been greatly diminished is a strange one in a year that has seen so many contemporary superstars turn to it as a veritable source of rock-et fuel. Post Malone – he of 42 million monthly Spotify listeners – not only united with Ozzy Osbourne for a track, but also played a whole Nirvana covers set in lockdown (14m views on YouTube). Elsewhere, Miley Cyrus has covered Pearl Jam and even hinted that she has a Metallica covers album in the works. Machine Gun Kelly, meanwhile, who first made his name in the hip-hop world, has just released a pop-punk album and scored a No.1 in America and No.3 in the UK charts. The point is this: rock’s impact isn’t always fully accounted by streaming data.

That said, lest we forget, even in a year in which big albums left, right and centre have been pushed back or delayed, 2020 still delivered UK No.1 records for Green Day, Biffy Clyro, Queen and Idles, with Metallica, Enter Shikari, Ozzy Osbourne, Pearl Jam, Deftones, Creeper, Neck Deep, Five Finger Death Punch, Deep Purple, Bon Jovi, Nothing But Thieves and Massive Wagons all securing Top 10 finishes.

Similarly, the idea that rock is behind the curve when it comes to technology is an interesting one. It’s not just pop and hip-hop stars that soundtrack TikTok clips. Paramore had already been at the centre of one viral TikTok challenge before their 2009 track All I Wanted blew up on the platform this September. The result? An 11-year-old deep cut surged to become the group’s fifth most popular song on Spotify all because of one fan’s wit. It’s hard not to think of rock history as a vast reservoir of oil just waiting to catch fire via TikTok’s lit match.

Not that the influence and lessons rock offers are confined to the past. Rock bands have led the way with executing and monestising livestreams [see p20], and when it comes to physical music? The past 18 months have seen Tool and AC/DC reveal battery-operated deluxe editions boasting digital screens, lighting and in-built speakers. It’s worth remembering that there are many curves. Rock may lag behind in some of them. But in others? It’s leading the way.