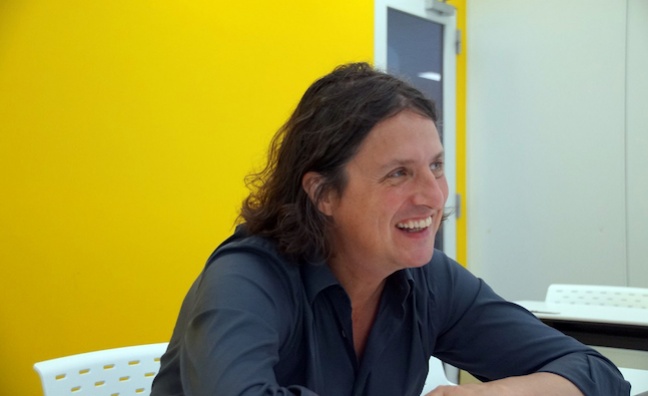 Since its first event in 2005, RockCorps has delivered social engagement platforms in 10 countries around the world, including 50 volunteer-exclusive concerts featuring artists such as Pharrell, Lady Gaga, Maroon 5 and Rihanna. RockCorps also creates brand partnership programmes.

CEO and co-founder Stephen Greene’s work in social action and community engagement enables him to provide strategic advice to a wide range of organisations across the public, not-for-profit and private sectors. He is also behind the mentoring programme Apprentice Nation, which features artists sharing their career stories, motivational tips and networking advice in on demand video content.

Here, Stephen Greene calls on the music industry to support the next generation with diversity initiatives, which are more vital than ever as a result of the economic impact of the pandemic…

In the past year, according to ONS, more than half of those who lost employment were under 25 years old and the jobless rate for young black people rose to 35%, compared to 24% for young people of Asian descent and 13% for young white people. This can’t be right. Surely, these stark figures should concern everyone, especially in our industry that relies heavily on the creativity of young black and ethnic minority talent.

Thankfully, there has been a recent, massive shift within the music industry, recognising the limits of current diversity and inclusion initiatives at the heart of businesses and at top level recruitment and role acquisition.

We’ve seen Nina Bagwhat hired as head of inclusion and diversity at Warner Music, Joe Kentish become president of Warner Records UK, Afryea Henry-Fontaine take on the role of marketing director at Mowtown Records UK, and that’s just to name a few. Live Nation pledged an ongoing commitment to diversity and the major labels are also playing big when it comes to paying back to the communities who make up some 75% of their business revenue.

This is incredible work, but it doesn’t have to just be the big giants who get involved with changing the landscape. In fact, we can’t just leave it to them.

But these companies, you might ask, have huge balance sheets and stock market valuations. For those of us with a few less commas, what can we do? The news is good: even if you only have a day, an hour or, hell, half an hour a month, you can get involved (this is just the equivalent of one less Netflix series a year…did Tiger King really change the world?).

Your voice is powerful and your contribution will make a change. You have assets. So, from our learning at Apprentice Nation, here are some practical ideas we’ve learned along the way to help create a more inclusive, belonging and successful industry:

It’s not so hard to pass on your knowledge to a willing recruit these days, plus there is funding available and incentive payments for hiring new apprentices. Small Green Shoots have been supporting those classified with the horrible term NEETs in this space since 2009; the BRITs Apprentice Scheme is currently in its third wave and targets individuals from ‘diverse backgrounds’. For smaller organisations, the UK Music’s Apprenticeship Scheme supports music employers to make new hires and offers advice on how to get the ball rolling.  It’s easy. It’s fun.

There has been a huge rise in mentoring over this past year, with many people recognising the value of contributing their time and it's a double gain – it’s a two-way process. Even a single mentoring session can lay a solid foundation for a mentee’s next steps. Check out the Music Creators Mentoring Programme for opportunities and Shesaid.so which has a peer-to-peer mentoring programme that you can explore; or join the inspirational mentors at Apprentice Nation.

Giving young people the opportunity to explore their options and try out different experiences can be a game-changer. For young people on Universal Credit and at a real risk of long-term unemployment, the government is funding the Kickstart Scheme. The government has now scrapped the 30 minimum placements barrier, making this offer much more available for SMEs who can work with a gateway organisation such as CRATE in East London to set up placements like this one with Boost:Ed, or there’s DIVA who are already working with the film and media industry on Kickstart with the music industry looking likely to follow.

4. Be an inspirational speaker

Share your experience and spread the message. The music industry has tons of forums and sessions where you can share your knowledge and expertise as well as collaborate with others to inspire the next generation. Keep an eye out for specials such as BBC Radio 1Xtra’s Talk: Pain, Power and Progress and there’s the Did Ya Know podcast series which tells “the untold stories of executives of colour”. But, also – take your story into places that aren’t on the beaten path, development programme Circl can help you.

Often, the traditionally marginalised audience we’re trying to reach just doesn’t have sight of the opportunities available. The more visibility we give to these opportunities, the more likely that they are seen. Music Week putting the Black Music Coalition on the cover is a prime example, but on a macro level, try sharing similar stories or news about diversity and inclusion wins on social media and ensuring that your own organisation is practising what it preaches. This all feeds into the visibility pipeline.