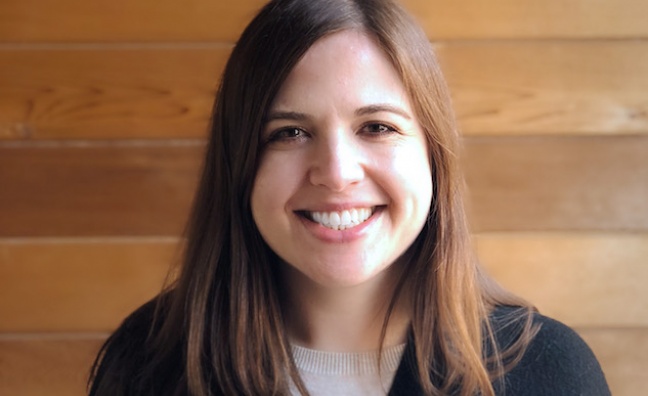 Sound City MD Becky Ayres explores the lack of gender equality at many major festivals – and explains why no one can shirk responsibility for artist development...

Last month was a big moment for Keychange – the PRS Foundation-led movement that aims to bring underrepresented genders to main stages and boardrooms across the music industry.

In total, there are now over 350 companies that have signed up to the pledge, including a further 25 last week outside the trade bodies, such as ATC Live, Girls I Rate, Bido Lito!, Future Yard, Score Draw Music, Baltic Creative, Generator, the Scottish Alternative Music Awards (SAMA), Sound City Ipswich and Brighter Sound.

The Keychange movement, then, has never had more industry support than it has right now. Why, then, do we continue to have the same conversations about male dominated festival line-ups every year?

Even in 2020, with the festival season that never happened, under the cloud of the Covid-19 pandemic, as everyone looks hopefully towards 2021, questions of representation have been raised when festival line-ups have emerged lacking. If nothing else, that shows how important the effort remains to many people.

Sound City is the lead UK festival for Keychange, and one of 16 festivals across the globe to have partnered with the initiative, offering opportunities for artists and innovators who are part of the programme. We have embraced gender equality across every area of our organisation – from the festival itself, to the Sound City+ business conference, to our training and artist development programmes, to our own staff and Board.

As far as the Sound City festival is concerned, in 2019 we achieved 58% female and mixed groups as a total, which included 92 female artists and 122 mixed groups compared to 151 male artists/groups.

Keychange cites mixed groups as vital to ensuring that non cis male performers are recognised but, for 2021 we have set the bar higher to increase female groups and artists across this total and, when we reveal our full line-up, we’re pleased to say it will have a 50/50 gender split.

To achieve such a balance is straightforward - but that’s not to say it’s necessarily easy. It takes a concerted effort from festival organisers. If we are battling against anything as a sector when it comes to representation, it’s safe booking.

The sad fact is that male-heavy line-ups don’t hamper ticket sales for most promoters. After the social media storm, in the end, there is rarely any commercial pressure for bookers to burrow beneath the surface.

Some might suggest that part of the problem stems from the wider music business. That there is a lack of diversity right along the pipeline. There’s certainly truth to that, and issues around diversity go far beyond gender, of course.

But, in the modern music business, everybody has to take responsibility for artist development. Festival bookers have just as much opportunity to help mould the next big thing as label bosses, A&R execs and artist managers.

It’s in our hands. By working that bit harder to navigate a wider pool, the risks festivals take now by putting different faces on main stages will pay dividends in the future when we have more headliners to choose from as a result.

As a champion for new music, and a conduit for emerging talent – both artist and executive – we at Sound City believe we have a duty to open our doors as wide as possible to all genders, ethnicities and backgrounds. This goes way beyond a moral objective – bringing a diverse mix of perspectives, experiences and ideas to the table is essential to showcasing the best music, and it benefits our industry and our society.

Perhaps festivals like Sound City are in a privileged position. Because of our focus on new music, we are expected to leave the beaten path, to take risks, to offer a stage to the as yet unrepresented. We will continue to cherish that role.

But I believe that there are non cis male artists for every tier of a festival’s line-up. Sometimes you have to look wider, knock on new doors, talk to managers and agents that you haven’t worked with before. And, yes, maybe take a risk every now and then.