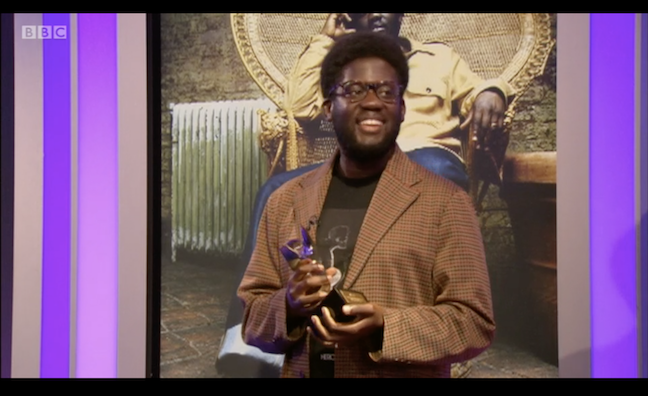 Mercury Prize ceremonies have a tendency to blur into one, but the 2020 version was like none of the others we’ve experienced over the years.

So there was no ceremony or room full of drunken music industry speculation. Instead, the biz had to sit on their sofas, waiting for an enchanting segment about butterflies on The One Show to be over so they could find out Michael Kiwanuka’s Kiwanuka was this year’s well-deserved winner.

Incongruous maybe, but if the point of the Hyundai Mercury Prize is to take the winner into places they otherwise might not have reached, then job done. Because, despite the slightly surreal nature of this year’s presentation (expect those butterflies to be deluged with offers of music video appearances), The One Show appearance gave the Prize a positively old school sales boost.

Post-presentation, Kiwanuka shot into Top 5 of the Albums Chart, the sort of chart placing few recent winners have achieved – showing the power of a combined TV audience this year in excess of 5 million.

Of course, it's been a long road for Kiwanuka to reach the stage where a mainstream audience is ready to embrace his skills, and Polydor/Warner Chappell/Starwood Management are all to be commended for their long-term commitment to the artist, while the oft-maligned Mercury judges picked the perfect winner at the perfect time in the album's cycle.

But the last few, coronavirus-disrupted months have been tough for new music – in the Top 10 biggest-selling albums of the year so far, you’ll find just two records actually released this year, while very few 2020 albums by UK acts of any vintage have managed to make a lasting impression.

The old prophecy about how new releases aren’t now just competing with each other, but with the entire history of recorded music, is looking truer than ever, as consumers turn to catalogue classics in an uncertain world. Breaking a record, never mind an artist, is a longer game than ever before.

A bored, locked-down nation is surely hungrier for new experiences than ever

But it’s also clear that, in the right circumstances, the public will willingly invest in new sounds. The Q3 vinyl figures show a huge year-on-year boost, as a number of targeted retail initiatives really kicked in – and a successful National Album Day this week could yet add to that.

It’s easy, in this age of restricted opportunities, to think that the crossover audience is out of reach, and that interest can only be piqued by 15-second songbites on TikTok.

But, in fact, a bored, locked-down nation is surely hungrier for new experiences than ever. And, with new TV and film content running down, and any trip outside the house increasingly resembling a military operation, a strong-looking Q4 music slate has an opportunity to dominate home entertainment, if it can just reach the general public.

If that means utilising the likes of The One Show for more alternative acts or other less familiar environments for any artist in the right place at the right time, so be it. Just call it The Butterfly Effect.

* To read our 2020 feature with Michael Kiwanuka about his winning album, click here. To subscribe to Music Week and never miss a vital music biz story, click here.