Ticketpass' Russ Cook on why ethical ticketing's time has come 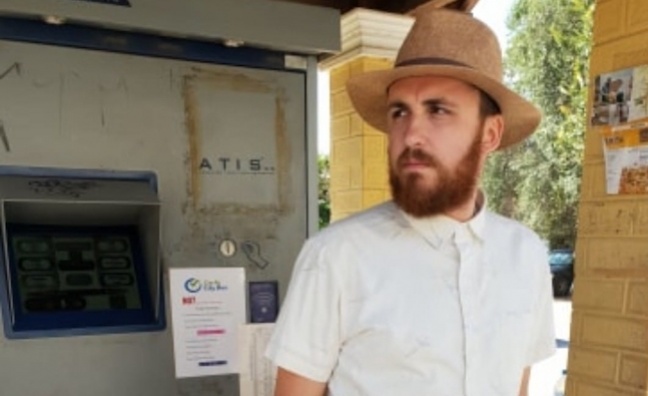 From today (July 19) music venues are allowed to reopen without Covid restrictions after more than a year of enforced closures during Covid-19.

But how might the global pandemic lead to a reset for the live sector? Here, Ticketpass.org’s content and partnerships manager Russ Cook says that the passionate and talented music community must play a key part in a wider, ethical conversation...

The music industry has a history of being a little self-serving. That’s no secret. The gargantuan profits of the boom years – peaking in 1999 for recorded music – made it an untouchable force that needed no support. At least on the face of it, anyway.

But industries change as societies and cultural sentiments evolve. We all know what happened at the turn of the century, with that whole digital boom thing. Nothing has been the same since. And now, with the advent of a global pandemic, and the industry mounting a fightback, our incredibly passionate and talented community must play a key part in a wider, ethical conversation.

Part of that discussion needs to be about how the industry survives future problems like the one we’re facing right now. The grassroots part of our economy has been shown to be particularly fallible. Put it this way, more than 900 venues were forced to depend, nearly exclusively, on the valiant efforts of the Music Venue Trust (MVT) for survival. That’s just not OK.

How did we get here? Why are these institutions and hotbeds of creativity – let alone vital community pillars – on a knife edge? In the words of Mark Davyd, CEO of MVT, it’s largely because they aren’t owned by “benevolent landlords”. The actual owners, therefore, have little interest in what or how the business operates. Only one thing matters: rent.

Unless this changes, MVT will be forced to fight similar battles again and again. But Ticketpass.org wants to help. By donating 50% of its booking fees – raised through ticketing of events on the platform – to causes nominated by organisers of shows and events, the team wants to create a culture, among promoters and venue owners, of giving back to bodies that do work like MVT.

Bolstering the financial coffers of a cause like MVT will give it the financial clout needed to lobby on behalf of venues and artists when it matters. And that’s vital. The trust’s Save Our Venues campaign, coupled with its more recent Revive Live initiative, has saved the independent venues sector in this country. And that’s not hyperbole. We all need to play a part now.

If the pandemic has revealed anything, it’s just how united we each need to be when fighting problems faced on a global level

Beyond its own interests, the music world has a responsibility to do more. It needs to start giving back in general. If the pandemic has revealed anything, it’s just how united we each need to be when fighting problems faced on a global level. The arts have such influence over people’s lives, and societal feelings and opinions. And music is probably at the forefront of that influence.

That’s why Ticketpass.org sees ticketing of live music events as an obvious means of giving back. People over profits is the core ethos, and that’s the direction it wants the industry to eventually take. Obviously, we all need to make a living – Ticketpass.org itself is a for-profit business – but a return to the norm feels wrong, and a bit like a backward step. By working with over 4,000 charities, in more than 170 countries, there’s a lot of scope for Ticketpass.org users to use live music events for good. And that’s the genesis of Ticketpass.org’s new Making an Impact initiative.

Ticketpass.org wants to create a movement that forces its competitors to make positive changes to how they work too. Starting at home, though, independent record labels, venues, promotions companies and named UK DJs are already getting involved as advocates. People are starting to recognise we each have a responsibility to give back and do better.

One key factor prevents venues and organisers from using ticketing as a force for good, though, and that’s financial arrangements with existing ticketing solutions. Some outlets do return a percentage of booking fees to the venues and organisers themselves. After the last year or so, it’s understandable that this practice – as an additional source of revenue – is welcomed by the recipients.

But consumers, across the board, are more conscious than ever of where their money goes. And music fans, being particularly discerning folk, are arguably more aware than most. It’s just not okay to operate without conscience any more, so it’s only a matter of time before further changes to how we operate need to take hold. Those who don’t follow suit will be called out and left behind.

So, how do we help these venues do things the “right” way? One idea MVT has been exploring is the model seen in the theatre sector, where the people who run the places own the places. Perhaps a “Help to Buy” initiative for music venues needs to be explored? Unburdened by rent and given room for more flexibility, venues would be able to make positive choices in how they operate.

Other shifts in how the industry operates have begun to take hold. For example, resale of tickets is now recognised as having gotten grossly out of control. Certain ticketing solutions have already recognised that and forced change. Which is brilliant. Booking fees, however, can still be wildly high. Ticketpass.org caps its booking fees at £5, so even a £180 festival ticket will only see £5 in service fees.

Old heads in the industry will tell you the money isn’t there to give way like this. But it is. Because consumer demand is still there – people still consume music. And that isn’t changing. The only difference is consumers expect more. Oh, and greed is no longer “good”.

For the music world to maintain pace with everything happening around it, doing some good has to be high on the agenda. Let’s face it, Live Aid happened the best part of 40 years ago. Even Live8 happened 16 years ago. It’s time that doing good became part of how the business works – not just an event. It has one of the loudest voices and most influential spheres. So, support the grassroots – through trusts like MVT – and you can be sure its people will get behind causes on a global scale and give back to the sector.

All this can be done, one ticket at a time. And Ticketpass.org is at the forefront of this movement.