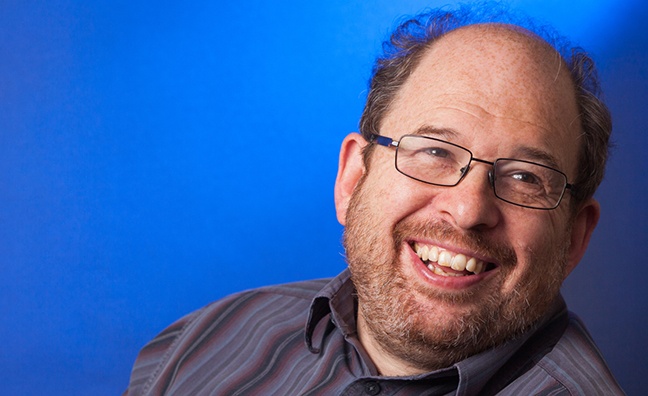 In my November 2017 column, I talked about vision, planning and joined-up-thinking when it comes to running a successful music industry business.

Just one month later, my co-directors and I completed the merger of NWN Blue Squared with Raffingers, taking us into the Top 75 of UK accountancy firms, and the due diligence process highlighted the additional element of joined-up numbers as a key to success.

Meanwhile, the latest financial news in Music Week has revealed that, like it or not, digital is where the money’s at. The latest set of annual accounts from the majors showed the massive impact of streaming on profits.

Apple’s subscribers hit 36 million, six million of those being added in the past five months; Warner’s streaming revenue jumped 43% last year and Sony generated some $3.8 billion (£2.73bn) from streaming alone in 2017.

Sure, there’s still plenty of debate about how those massive numbers become significantly smaller by the time they reach individuals, so a ‘hat tip’ to organisations such as the Copyright Royalty Board, SOCAN, PRS, PPL and ICE for driving the fair remuneration agenda.

Despite arguments to the contrary, digital provides the fastest and most transparent route to critical numbers. And numbers mean an opportunity to analyse and plan.

For example, being able to measure sales in real time – whether it’s a track, an album, tickets or merchandise – can not only clarify what’s working and what’s not, but also ensure more effective business management.

Let’s be clear: business management isn’t just about being able to process invoices and pay bills on time. It involves forecasting peaks and troughs in cashflow; inventory management and ensuring royalties are logged and accounted for correctly, regardless of which part of the world they’re coming from.

Tracking royalties has, in the past, been something of a challenge. But now, as with all things digital, there’s an app for that. A quick Google search will reveal a range of software – from simple DIY to complex, third party-managed options – that will help rights owners and their accountants monitor what’s owed, what needs to be invoiced and what’s been received.

The next step is being able to understand the numbers and what they mean for present and future business. It often amazes me that, even in some of the largest organisations, there are key people who somehow still don’t know their way around a basic Profit And Loss (P&L) spreadsheet.

Patty McCord, former chief talent officer at Netflix and one of the leaders in transforming creative sector HR, once said: “Even if you’ve hired people who want to perform well, you need to clearly communicate how the company makes money and what behaviours will drive its success.” She cited reading – and understanding – the company’s P&L as part of that process.

While being able to see the numbers yourself is clearly good for business, transparency also means others can see them too. One of the benefits of our recent merger is that I’m now working alongside a partner who is a semi-pro musician and former HMRC tax inspector.

Apart from proving that inspectors really are human and have a life, he’s given me significant insight into the government’s agenda of leveraging digital for its own use and implementing the once unthinkable: retrospective tax legislation.

The government’s digital agenda, from auto-enrolment pensions to Making Tax Digital, combined with the exponential growth of cloud-based, digital accountancy software, means the compliance part of accountancy is becoming simpler for businesses and individuals.

However, simplicity and transparency work both ways. They give HMRC in the UK, along with the US IRS and other national revenue-gathering authorities, a much clearer view of income and expenditure, allowing them to identify quickly where tax can be evaded, avoided or underpaid.

There will be nowhere to hide and the only place to run to will be those advisors that can help build positive relationships between the tax payer and the authorities.

Whether you’re a musician completing a personal tax return, or a global corporate company filing annual figures, ensuring the numbers not only add up, but are effectively joined-up with income providers that are also filing their numbers digitally, is now a vital part of business management.

It’s another reason why pressure is intensifying on the likes of Apple, Spotify and Pandora to improve transparency of their streaming figures and, as a result, ensure appropriate dues are paid to those with royalties owing.

Basically, for the world of accountancy, business management and the music industry in general, making sure the numbers not only add up, but join up, is critical to business success.

Developing a clear understanding of the sources of income and expenditure, along with fast and transparent methods of monitoring and analysing the numbers they generate, is the only real way to ensure a sustainable business and, in the end, put food on the table and a roof over the studio.