What Lockdown II will mean for the UK's beleaguered live sector 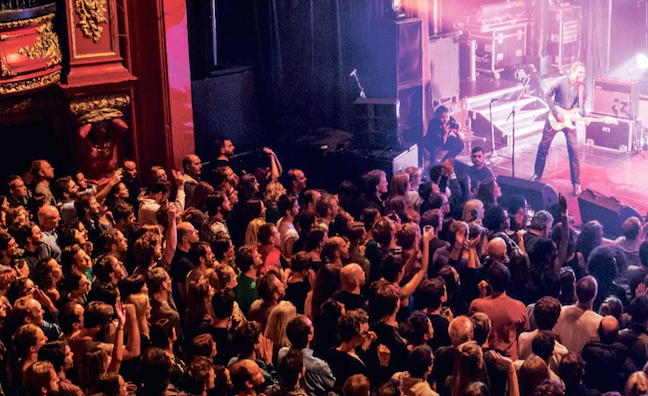 After a brief taste of quasi-freedom, Lockdown II and its 10pm curfew is making most of the nation feel like a grounded teenager again.

But for the beleaguered live sector, the renewed restrictions are just another installment in an endless cycle of bad news, where every glimpse of light at the end of the tunnel turns out to be an on-rushing train.

In essence, the renewal of restrictions condemns the live industry to at least another six months without any significant income.

That’s on top of six months of inactivity that has put even the largest, most successful companies on their knees financially, even if everyone in the sector has done everything in their power to innovate their way to new revenue streams. Yet, as Music Week went to press, there was nothing obvious in Chancellor Rishi Sunak’s most recent statement that specifically targeted the entertainment industry.

If there’s no live music for an entire year, what will be left when gigs are finally cleared to come back?

The question now is, if there’s no live music for an entire year, what will be left when gigs are finally cleared to come back?

It’s easy to forget that our world-beating live scene took decades to build up to pre-Covid levels. Even in the ‘90s, few artists could tour at the level they can expect nowadays, while making big money was the preserve of only the very largest acts.

But even pre-coronavirus, touring remained at heart a speculative business, and one where one bad tour could potentially undermine multiple good ones.

The brilliance of people within the live biz means that no one will shirk rebuilding from scratch, if that’s what’s required. But 12 months without means of visible support will make things harder than ever, especially as – judging by reports of low attendances at some of the few socially-distanced gigs to go ahead – some of the general public is clearly going to need persuading to rekindle its love affair with gig-going.

The new issue of Music Week reveals the date when the live biz hopes to start gigs again but, truly, who knows how long this latest pause will go on? But until it ends, it’s obvious to anyone that venues, promoters, agents, road crew et al need additional, targeted support. Mainly from the government, of course, but it’s also time to contemplate what the wider music industry, much of which has not been anywhere nearly as badly affected by the pandemic, can do to help a sector that's vital to the wider music ecosystem.

Otherwise, by the time we’re allowed out after 10pm again, there might be nowhere left to go.